‘Cause, you know, it’s racist to call him the Food Stamp President…

The Congressional Budget Office said Thursday that 45 million people in 2011 received Supplemental Nutrition Assistance Program benefits, a 70% increase from 2007. It  said the number of people receiving the benefits, commonly known as food stamps, would continue growing until 2014.
Spending for the program, not including administrative costs, rose to $72 billion in 2011, up from $30 billion four years earlier. The CBO projected that one in seven U.S. residents received food stamps last year.
In a report, the CBO said roughly two-thirds of jump in spending was tied to an increase in the number of people participating in the program, which provides access to food for the poor, elderly, and disabled. It said another 20% “of the growth in spending can be attributed to temporarily higher benefit amounts enacted in the” 2009 stimulus law. 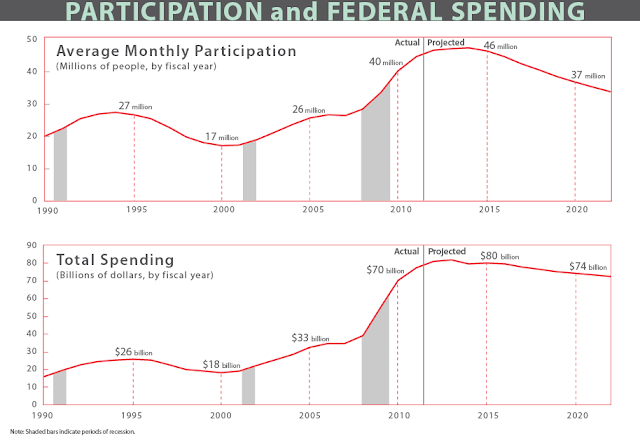