Newsweek has hearkened back to their old school liberal days, replicating a cover story in 1987 which referred to then President George H. W. Bush’s “wimp factor”; except this time it was meant for Republican nominee Mitt Romney.

In 1987, we were asked by Newsweek to believe that a World War II Navy fighter pilot and former CIA head was too much of a “wimp” to be president. Today, the W-word seems very much at odds with the image that Obama had been attempting to paint of Romney as a Gordon Gekko-esque corporate raider. Additionally, the subtext of the article asks, “Is he just too insecure to be president?”

The Newsweek article, written by Michael Tomasky, makes the case:

He’s kind of lame, and he’s really … annoying. He keeps saying these … things, these incredibly off-key things. Then he apologizes immediately—with all the sincerity of a hostage. Or maybe he doesn’t: sometimes he whines about the subsequent attacks on him. But the one thing he never does? Man up, double down, take his lumps.

In 1987, this magazine created a famous hubbub by labeling George H.W. Bush a “wimp” on its cover. “The Wimp Factor.” Huge stir. And not entirely fair—the guy had been an aviator in the war, the big war, the good war, and he was even shot down out over the Pacific, cockpit drenched in smoke and fumes, at an age (20) when in most states he couldn’t even legally drink a beer. In hindsight, Poppy looks like Dirty Harry Callahan compared with Romney, who spent his war (Vietnam) in—ready?—Paris. Where he learned … French. Up to his eyeballs in deferments. Where Reagan saddled up a horse with the masculine name of El Alamein, Mitt saddles up something called Rafalca—except that he doesn’t even really do that, his wife does (dressage). And speaking of Ann—did you notice that she was the one driving the Jet Ski on their recent vacation, while Mitt rode on the back, hanging on, as Paul Begala put it to me last week, “like a helpless papoose”?

The ‘wimp’ attack is sure to make little headway as it did against President Bush back in ’87, since Newsweek isn’t even a fraction of the media powerhouse it once was.

And the Romney campaign isn’t sweating it either, with a spokesman telling the Mental Recession that it’s “not relevant, considering the source”.

The spokesman added, “No one but out of touch liberals care.”

The timing of the ‘wimp factor’ story for Newsweek couldn’t be any worse.  The rest of the mainstream media has been referring to Romney as too tough on Iran during his weekend visit to Israel.

Reuters:  Romney talks tough on Iran during visit to Israel

Not to mention as we reported here earlier, the Daily Caller has revealed that President Obama’s gusty call on Osama bin Laden proved to be anything but.  The waffling on pulling the trigger could be considered … well … wimpy. 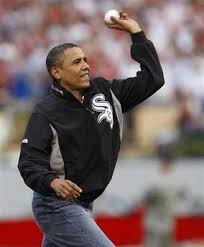 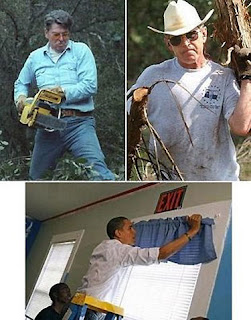 Editor That Claims Obama’s Kenyan Bio Was an Editorial Oversight, Apparently Oversought that Fact For 17 Years