On the heels of Democrats pushing new legislation in New York City to allow illegal immigrants to vote, the state Education Department has announced they will allow illegals to attain their teaching certifications.

Perhaps their first lesson could consist of teaching federal law regarding “improper entry” into the country.

Via the Press & Sun Bulletin:

Undocumented immigrants in New York will be able to apply for teacher certifications and professional licenses, the state Board of Regents said.

The board that oversee education policies in New York voted Wednesday to allow people who can’t get legal residency because of their parents’ immigration status to seek teacher certifications. They will also be able to apply for a license from among the 53 professions overseen by the state Education Department, including a variety of medical professions.

“These are young people who came to the U.S. as children,” state Education Commissioner MaryEllen Elia said in a statement. “They are American in every way but immigration status. They’ve done everything right.  They’ve worked hard in school, some have even served in the military, but when it’s time to apply for a license, they’re told ‘Stop. That’s far enough.’  We shouldn’t close the door on their dreams.”

Elia cited Eric Holder’s Deferred Action for Childhood Arrivals (DACA) for their decision, a program that allows individuals who came to the U.S. as children and meet certain guidelines to request consideration of “deferred immigration action.”

DACA has faced numerous legal hurdles in the court system, having been blocked by a federal judge in Texas. 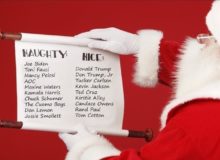