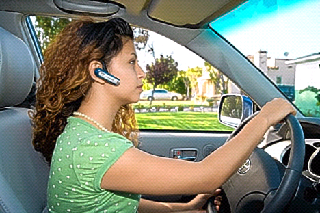 The king of the nanny states is about to listen to arguments for expanding… their nanny state.  Hearings are to be held today in New York regarding distracted driving – including hands-free devices.

My question is, what exactly are companies like GM with their On Star feature, or Ford with their Sync and new hands-free systems, supposed to do now?  You have a $2000 computer system in your vehicle, designed specifically for hands-free use, and you won’t be able to use it?

The vice chairman of the National Transportation Safety Board is set to testify at a New York Senate hearing on distracted driving.

In December, the NTSB called for a nationwide ban on driver use of portable electronic devices. Christopher Hart, vice chairman of the agency, will talk about the proposal at a Senate hearing Monday in Albany.

According to the National Highway Traffic Safety Administration, over 5,400 people were killed and an estimated 448,000 were injured nationwide in crashes involving distracted driving in 2009.

Cuomo: Nobody Will Be Prosecuted For Nursing Home Deaths, ‘Older People Are Going to Die’