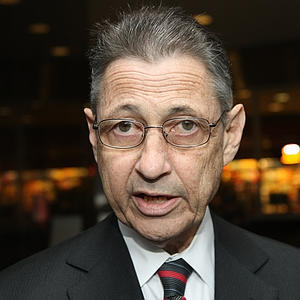 “It is deeply disappointing that New York Democrats in Charlotte, like U.S. Senator Kirsten Gillibrand, have remained utterly silent about the attempted sexual assault cover-ups perpetrated by Assembly Speaker Sheldon Silver. Indeed, Mr. Silver is serving as the head of the New York delegation at the Democratic National Convention, without a peep from Ms. Gillibrand or her fellow delegates. That is an embarrassment to our state.

“While Ms. Gillibrand has continued to promulgate the term ‘War on Women,’ it appears the only ‘War on Women’ in Albany is against female Assembly staff members.

“Mr. Silver has established a clear pattern of covering up sexual crimes committed against female staff members by his political colleagues. He must not be allowed to remain Speaker. I urge New York Democrats –especially those like Ms. Gillibrand, who purport to stand up for women, to join me in calling on Mr. Silver to step aside as Speaker.

“Continued silence from the Democratic delegation in Charlotte is unacceptable.”

Cuomo: Nobody Will Be Prosecuted For Nursing Home Deaths, ‘Older People Are Going to Die’