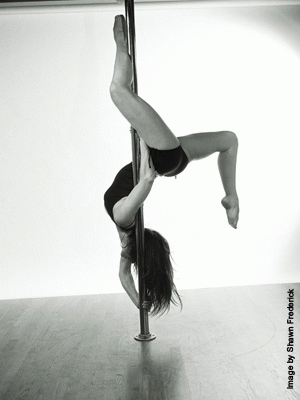 There is a battle underway in the New York Court of Appeals, between the state and a strip club insisting that naked lap dances are a form of art, and should therefore exempt from taxation.

No one would confuse the Nite Moves strip club with the Bolshoi Ballet, but what the lap dancers do there is art and entitled to the same tax exemption other performances enjoy, a lawyer argued in what was surely one of the racier tax cases ever to go before New York’s highest court.

W. Andrew McCullough, an attorney for the suburban Albany strip joint, told the Court of Appeals on Wednesday that admission fees and lap dances at the club should be freed of state sales taxes under an exemption that applies to “dramatic or musical arts performances.”

He said that lap dancing is an art form and that, in any case, the state is not qualified to make such determinations, and that making such distinctions would be a violation of the constitutional right to freedom of expression.

But the attorney for the all-nude strip club didn’t stop there, comparing his dancer’s routines to a ballet performance, and even suggesting they could go for the gold in the Olympics.

“They’re that good!” he exclaimed.

The club owner, Stephen Dick (no we’re not making that up), asserts that his right to avoid paying taxes is protected by the First Amendment freedom of speech.

Suffice it to say, the state doesn’t agree with that assessment, and wants the club to pay up on $400,000 in back taxes.

“I would submit that if the women kept their clothes on, no one would be coming to this bar for the dance performances,” Assistant Solicitor General Robert M. Goldfarb told the judges.

Indeed, while pole dancing is dancing, and it is being considered as an Olympic sport, the participants in a ballet performance or an Olympic event are not naked.

Therefore, you are paying for a very different performance.

Nice try Nite Moves, your attempts at tax evasion have been … exposed.

Recently Arrested Assemblyman: If They Were Ever Caught, ‘Half of Albany Would Be In Prison’