In one set of afternoon texts on July 26, 2016, Strzok congratulated Page on Clinton’s formal nomination at the convention. The scene gave him “chills,” Strzok added. 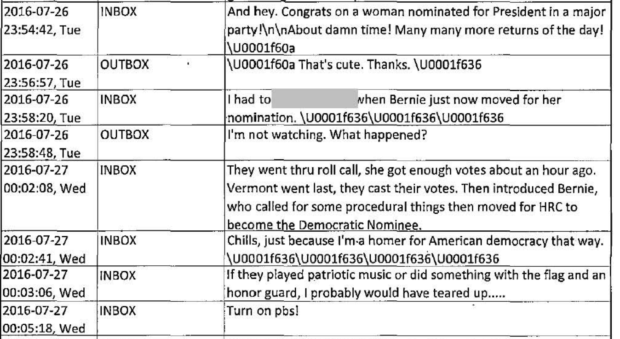 In a separate series of texts sent later in the evening, Page added that it was imperative that Hillary Clinton prevail in the November election.

“She just has to win now,” she wrote. “I’m not going to lie, I got a flash of nervousness yesterday about Trump.”

They revived convention talk the following day, discussing Bill Clinton’s speech at length. Both commended his abilities as a communicator and found him charming despite his advanced age.

Strzok and Page derided Sanders’ supporters, a raucous group of delegates that organized demonstrations on the floor throughout the event on July 28. They then effusively complimented Biden, who addressed the convention that evening. Their messages trailed off as the proceedings reached the late hours. 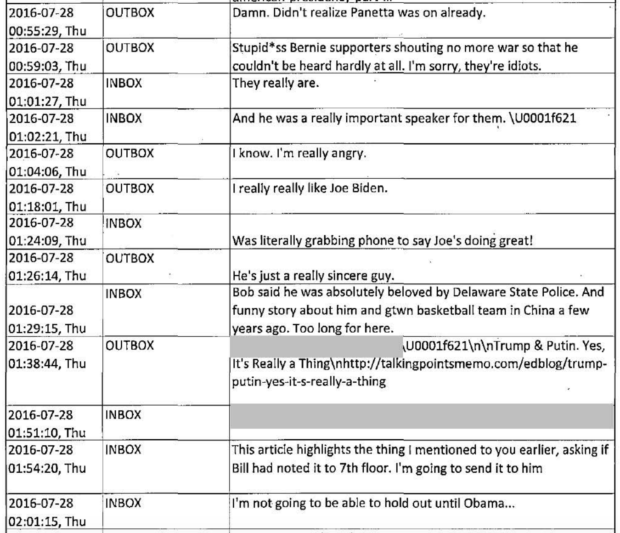 Their praise for establishment Democrats was not unqualified. Both expressed animosity for former Attorney General Eric Holder, who addressed the convention July 26 and 27. Strzok said he wanted to turn off the television when Holder took the stage in an early evening text to Page. She replied that she booed at the television when he took the stage several hours later. Strzok said the younger Clinton appeared self-entitled.

Nancy Pelosi: Trump Is Like a Child with ‘Doggy Doo on His Shoes’