This is the same man who several years ago promised that “We will see caskets and funerals in the community of our enemy.”  Zimmerman is now the enemy, and he will always be hunted…

New Black Panther Party Head Malik Zulu Shabazz today said Zimmerman should be “worried” and said that the “disastrous” verdict was given by a jury that wanted to send a message that it is okay to, “Kill you nigger.”
“That verdict was a travesty,” Shabazz told Redding News Review.

“It was really some white jurors on that jury telling black people, ‘To hell with you and to hell with your children,'” he told RNR.

He also said that Zimmerman needs to be “worried.”

“Obviously he needs to be worried, according got his own attorneys and the news reports…,” he said. “He will always be hunted and hated like the villain that he is and the demon that he is to many.”

The Anti-Defamation League has described Shabazz as anti-semitic and racist, trying “to recast himself as a serious civil rights leader in recent years by cloaking his bigotry and intolerance in religious and civil rights principles and inserting himself in high-profile, racially charged issues around the country.”  This certainly seems to be the case as Shabazz has made an increasing number of appearances in the limelight during the Trayvon Martin/George Zimmerman case, in which the audience is expected to suspend belief and assume this man is a serious voice on race relations in America.

Will we see caskets and funerals in the community of George Zimmerman?

The video is from an August 2000 event called the “Redeem the Dream” rally hosted by the Reverend Al Sharpton and includes participation by the NAACP, Democratic Rep. John Conyers of Georgia, current Democratic New York Governor, Andrew Cuomo, and former President of the NAACP and former Democratic Rep. Kweisi Mfume.  The C-Span library contains an entire 4 hour and 36 minute version of the video, so as not to confuse the media of the messages intent.

This video shows what the ADL has known for some time, and what the media should know when presenting a character such as Shabazz. But it is also one chapter in the history of a man long intent on inciting race wars. After all, Shabazz came to prominence in 1994 when he engaged in this warm-up speech for Khallid Abdul Muhammad at Howard University in 1994, which included this completely innocent exchange:

“Who is it that caught and killed Nat Turner?”

“Who is it that controls the Federal Reserve?”

“Who is it that has our entertainers . . . and our athletes in a vise grip?”

“We want to bring on a man who makes the Jews pee in their pants at night . . . my big brother, Dr. Khallid Muhammad!”

Here is a transcript of Shabazz’ comments at the Redeem the Dream rally.  It is seemingly applicable to today’s case, which is frightening…

Thirty seven years later, black ladies and gentleman of the jury, how do you find white America and the outlaw governor George Bush of Texas, on the outright, cold-blooded murder on (inaudible) in Texas, how do you find them?

How do you find them?

How do you find her?

We have a black dream today, and a vision today, of all of our people, black lawyers, black preachers, doctors, teachers, scientists, rap artists, gang members – all black people working for a common cause.

We have a black dream today that we believe in the old testament law of an eye for an eye, a tooth for a tooth, a limb for a limb, and a life for a life.

Thank you very much. 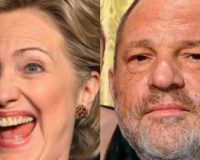