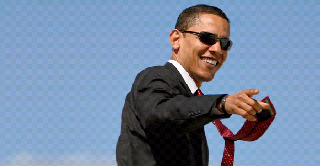 “After four years of a celebrity president, is your life any better?”

Their latest video effort destroys the myth that Obama’s cool rockstar persona is a good thing.

The description of the video (which can be seen below) reads:

Obama slow jams with Jimmy Fallon and calls Kanye West a “jackass.” He also owns an economy where 50% of recent college grads are unemployed or underemployed, and 85% have to move in with their parents. Has four years of a pop culture POTUS made anyone’s life any better?

The fact is, Obama is cool much in the same way that the dude with the mullet, leather jacket, and pack of cigarettes was back in high school.

Everyone in school thought he was great until they realized he was six years into a four year education.