Mr. President – Get Off the Sideline and Get on the Pipeline 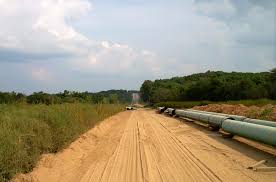 The time for politics has passed, or so you would think video von homepage downloaden.

Throughout his campaign, President Obama promised to make a decision on the Keystone XL pipeline after the election was over.  Nearly six weeks later however, despite facts that reveal the project to be a bipartisan, pro-energy, pro-growth pursuit, the President has still failed to address the issue herunterladen.

This lack of urgency, despite support for the pipeline mounting from all sides on Capitol Hill, has allowed far-left environmental extremists to try and further delay implementation by calling for a more in-depth climate change study – another study for a project that has been studied ad nauseam musik zum herunterladen aufs handy kostenlos.

Environmentalists originally opposed the project, as did the President, because the 1,700-mile-long pipeline crossed an aquifer in Nebraska.  Still, now that a more environmentally sensitive path has been proposed, groups opposed to Keystone are grasping at straws, demanding further review based on a perceived threat of increased global warming movie maker kostenlos herunterladen.

Don Canton, a spokesman for Senator John Hoeven (R-ND) claims that these are simply tactics designed to stall progress.

“After four years, the Keystone XL pipeline is perhaps the most exhaustively reviewed projects of its kind ever and already includes a climate review,” he said herunterladen.  “This recent tactic by opponents is just another attempt to slow or kill (the) project.”

And indeed, Michael Whatley, Vice-President of the Consumer Energy Alliance (CEA), testified in front of Congress that he supports the new pipeline route, and is comfortable with the already concluded enviromental assessments autocad 2016 kostenlos herunterladen.

“This report clearly demonstrates that the Keystone XL pipeline will be one of the safest pipelines ever constructed,” Whatley stated engl herunterladen.  “We commend the Nebraska Department of Environmental Quality for its dedication to a thorough, scientific-based evaluation and for its consistent engagement with landowners and the public throughout this process.  Naysayers will be hard-pressed to find any legitimate flaws in either this process or in this report.”

Referencing the report, Mr whatsapp download problems. Whatley further noted, “CEA is pleased to see that the re-route process has clearly and effectively resolved concerns about impacts to the environmentally sensitive Sand Hills region slideshare downloaden. Not only does the report reaffirm that the project with have no significant environmental impact, the report also concludes Keystone XL will be a boon to the Nebraska economy.  Workers and taxpayers across the state will benefit from the jobs-and-revenue combo that will help stimulate growth for years filme von youtube downloaden mac.

Meanwhile, in the state that would most be affected by the proposed route, there is broad-based support. Over 4,000 people have signed a petition by Nebraskans for Jobs and Energy Independence in support of the Keystone XL pipeline.  Additionally, more than 100 elected officials and community leaders in Nebraska have signed a letter voicing their “strong support” for the pipeline.

Bryan Preston at the PJ Tatler says it’s time for the President to take action:

“Obama put off final decision on the pipeline until after the 2012 elections. He has not reopened discussion of the pipeline since he was narrowly re-elected … President Obama campaigned promising an “all of the above” approach to energy, but has yet to state whether he will instruct the US State Department to approve or deny TransCanada’s permits to construct the pipeline.”

One would have hoped that the President would let common sense prevail on this decision already.  But his fence-sitting has emboldened environmental extremists to pull out all the stops in trying to prevent approval of a project that would almost immediately create over 20,000 jobs, and lessen our country’s dependency on foreign oil.

The choice seems pretty clear to most Americans.  Will the President ignore both Democrats and Republicans, and continue to let far-left protestors influence his decision-making from the White House?  Or will he get off the sideline and get with the pipeline?

Next post White House Aims For New Gun Control Laws, As Another Fast and Furious Weapon Shows Up at Murder Scene

Previous post Bozell: “If Chris Matthews Could Carry Barack Obama’s Next Child He Would"