Before we get wrongly accused of racism, you might recall that Eric Holder famously referred to the case against New Black Panther Party members who showed up to Philly voting stations in 2008 wielding clubs as demeaning to “my people”.

Guess what?  They’re back…

This is a photo from the 14th Ward in Philadlephia. 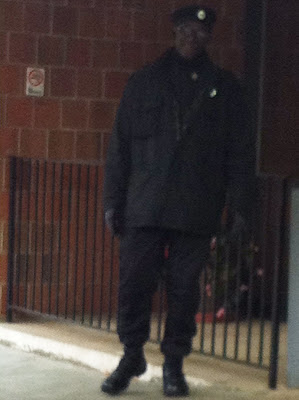 Local TV stations are aware of yet another blatant attempt at intimidating voters by the uber-racist New Black Panther Party.
And now Fox News has reported on it:
Free Trump 2024 Hat, just pay shipping! Get yours HERE!
Tags
2012 Election Eric Holder Pennsylvania

Editor That Claims Obama’s Kenyan Bio Was an Editorial Oversight, Apparently Oversought that Fact For 17 Years