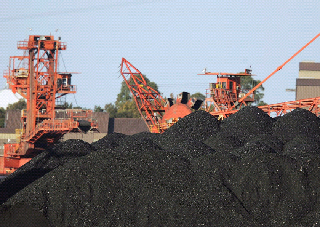 FirstEnergy today announced the closing of six coal-fired plants, including our plant here in Oregon, Ohio, and three others in our state. We already have some of the highest electricity rates in the state. How much will our rates go up without this local plant?

And what about the employees??? More than 500 employees will be out of work, though some may relocate to other plants or take early retirement. And then there are the ancillary jobs and economic benefits that will decrease, including transportation, office and manufacturing suppliers, etc…

So much for a President who said his number one priority was jobs.

The press release gives the specific reason for the plant closings:

The decision to close the plants is based on the U.S. Environmental Protection Agency Mercury and Air Toxics Standards (MATS), which were recently finalized, and other environmental regulations.

President Obama is not concerned about jobs or economic growth, he is bound to a rigid green tech ideology.  He provided a glimpse of things to come when he said this:

So if somebody wants to build a coal-powered plant, they can; it’s just that it will bankrupt them because they’re going to be charged a huge sum for all that greenhouse gas that’s being emitted.

The President stated that he would actively work to bankrupt a major job-generating industry in America.
We call that ‘killing jobs’.

To the President it’s ‘mission accomplished’.