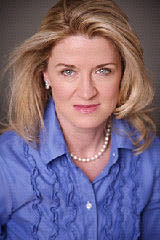 Wendy Long, a Manhattan lawyer who has served as chief counsel to the right-leaning Judicial Confirmation Network, circulated a letter late last week to Republican county leaders signaling her intention to run against Sen. Kirsten Gillibrand.

According to Capital New York, Long stated that she “was seeking to replace Gillibrand in order to return the country to its roots of limited constitutional government.”

And she attacked Gillibrand as “our former moderate upstate congresswoman” who entered a “political witness protection program” upon being appointed to the Senate, and “emerged as the most doctrinaire liberal in the Senate.

“Senator Gillibrand has been a compliant ‘yes’ vote for the liberal orthodoxy in Washington,” she said. “That is, unless she’s complaining that the orthodoxy isn’t far left enough.”

Gillibrand should never be accused of moderation, having voted along party lines at a rate of 97%.  Long concurs, labeling Gillibrand as an ‘extremist’.

So what makes Long a better option for her district?  She said…

“I’m basically running on the economy and jobs and the skyrocketing national debt and the failure of Gillibrand and other members of the liberal establishment to get the budget under control,” she said of her campaign platform.

She also mentioned the Keystone Pipeline, and the “heavy hand” of government regulation.

In her letter to Republican county leaders, obtained by the Times Union, she writes:

“I am the most effective advocate to take the fight to Gillibrand on behalf of all of us New York Republicans and Conservatives,” Long writes. “I look forward to calling on the many friends that I have made in my work in politics and the law at the highest levels, both in New York and nationwide, for their support in my campaign. I have signed on the best talent in the country to run my campaign. I understand the monumental task of running against a Democratic incumbent in the state of New York. We will have to run fast and fight hard, but we can win. We need to use new messages and new strategies to win New Yorkers who are used to voting “D” over to our side.”

John Brodigan at the Right Hook, offered his thoughts on Long last week:

“I’m not sure about any business/economic background she has, but she seems to have a strong legal mind, is media savvy, and (angers) the left with her support for the confirmations of Roberts and Alito, and opposition to Sotomayor.”