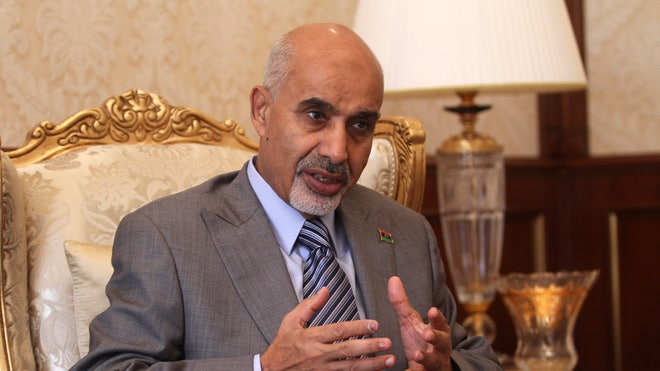 Honestly, is there anyone in America who believes the attacks in Libya, Cairo, and throughout the Arab world have anything to do with this anti-Mohammad film?

Yet the Obama administration is still trying to pass it off as fact.

First Press Secretary Jay Carney, despite all of the evidence to the contrary, lies about it, and then Ambassador to the U.N., Susan Rice, swears to it.

WALLACE: This week, there have been anti-American protests in two dozen countries across the Islamic world. The white house says it has nothing to do with the president’s policies. Let’s watch.”

JAY CARNEY:  This is not a case of protests directed at the United States writ large or at U.S. policy. This is in response to a video that is offensive.”

WALLACE: “You don’t really believe that?”

AMBASSADOR RICE:  “Chris, absolutely I believe that, because in fact, it is the case. We have had the evolution of the Arab Spring over the last many months but what sparked the recent violence was the airing on the internet of a very hateful very offensive, very hateful video that has offended many people around the world. Now, our strong view is that there is no excuse for violence. It is reprehensible and never justified but in fact there have been those in various parts of the world who have reacted with violence. Their governments have increasingly and effectively responded and protected our facilities and condemned the violence and this outrageous response to what is an offensive video. There is no question what we have seen in the past with satanic verses and the cartoon of the prophet Muhammad there have been such things that have sparked outrage and anger and this has been the proximate cause of what we’ve seen.”

I’d like to share this image (via Mike Adams) which indicates why this is a preposterous assertion. 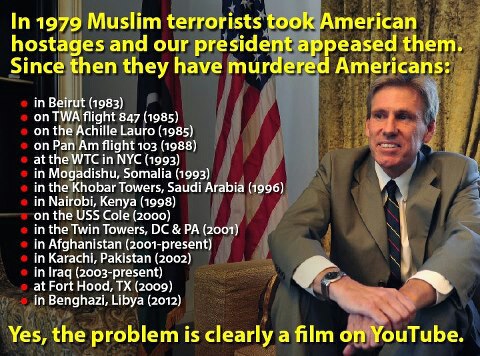 And now it seems, Libya’s President also agrees that this is an ‘unfounded and preposterous’ notion.
Via the Daily Caller:

President Barack Obama jets off to campaign events Monday in the critical swing state of Ohio, even as Libyan officials and locals have shredded his defensive claim that a spontaneous protest against a Californian’s anti-Islam video caused the Sept. 11 killing of four Americans, including the U.S. ambassador.

“The idea that this criminal and cowardly act was a spontaneous protest that just spun out of control is completely unfounded and preposterous,” Libyan President Mohammed el-Megarif told the liberal National Public Radio network.

Instead, the killing was a military-style attack, he said.

The attacks were pre-meditated, designed to be carried out on the anniversary of 9/11.  You simply can’t scale embassy walls or American territory without somebody on the inside letting you in.  That part of the plan seems to be supported by one of the diplomats who was killed having stated that the so-called ‘Libyan police’ were caught taking suspicious pictures the night before.

The American people have the evidence in front of them, and the Obama administration is trying to tell them ‘no, no, what you’re seeing isn’t actually real’.

Mark Steyn is right – “Every American should be ashamed of their President”.

What You Won’t Hear About the Unemployment Numbers Today

Obama: Make Your Life Complete, Meet Me and George Clooney