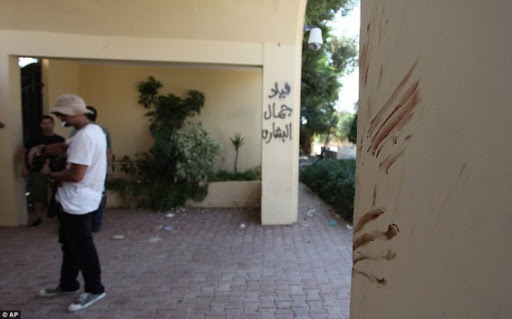 The gun control policies of the post-Gaddafi government in Libya delayed the arming of bodyguards for U.S. diplomats in that country and left the local guard force hired to watch over the U.S. diplomatic mission in Benghazi unarmed, according to internal State Department memos and written testimony by the State Department officer who was in charge of the department’s security in Libya until six weeks before the Sept. 11, 2012 terrorist attacks.

“However, because of Libyan political sensitivities, armed private security companies were not allowed to operate in Libya,” Nordstrom said in his testimony submitted on Oct. 10. “Therefore, our existing, uniformed static local guard force, both in Tripoli and Benghazi were unarmed, similar to our static local guard forces at many posts around the world. Their job was to observe, report, and alert armed host nation security, and armed DS agents on-site.”

In a July 9th, 2012 memo, authorities reported that a serious delay in issuing firearms permits “hindered” U.S. security efforts.
The report seems especially relevant as the White House currently tries to hinder the arming of law-abiding citizens, and shows that disarming those same people will only lead to greater security issues and more numerous deaths in public buildings right here in our own country.
Tags
Benghazi Gun Control Libya Terrorist

Petraeus to ‘Amend’ His Testimony – Knew It Was Terrorism ‘Almost Immediately’