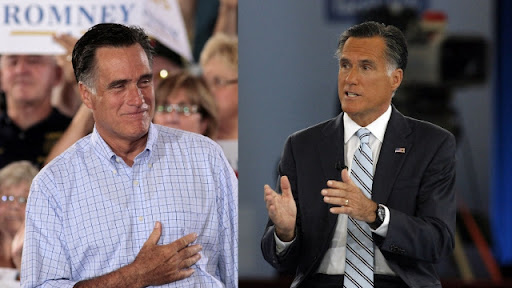 Waiting for the punchline?  There isn’t one.

This isn’t a satirical article, ala The Onion.  Nor is it a joke.

Liberal websites Gawker, the Huffington Post, and Democratic Underground are actually pushing the conspiracy theory that Mitt Romney dyed his face brown for an interview on Univision, in an attempt to appeal to Latino voters.

Mitt Romney currently trails President Obama among registered Latino voters by nearly 40%, and getting caught saying things like “it would be helpful to be Latino” certainly isn’t helping.

But has it gotten so bad that Romney is now resorting to “brownface” in order to make himself more appealing to Univision viewers?  Democratic Underground has looked at the photo above from last night’s “presidential forum”and concluded that, yes, Romney definitely “dyed his face brown.”

I would imagine it has to actually physically hurt a person to be this level of stupid.

Of course, these liberal sites do not necessarily concentrate their stupidity on any one group, they tend to spread it around.

Remember when the Huffington Post was accusing a Hillary Clinton ad of darkening the face of Barack Obama to make him look more ‘threatening’?