It’s always interesting to see what liberals find important, and what they’re willing to sweep under the rug. Non-newsworthy items become their every day focus when it comes to President Trump, but true scandals such as the many that surrounded Democrat Hillary Clinton, are minimized as uninteresting ‘fake news.’

Nowhere is this more evident when you look at the left’s utter obsession with Trump’s tax returns, an obsession that culminated with Tax Day riots on the campus of the University of California at Berkeley.

Meanwhile, a true national scandal involving Hillary and deleted e-mails off a private server she housed in her bathroom, are rendered practically meaningless.

Check out the following image which drives the point home … 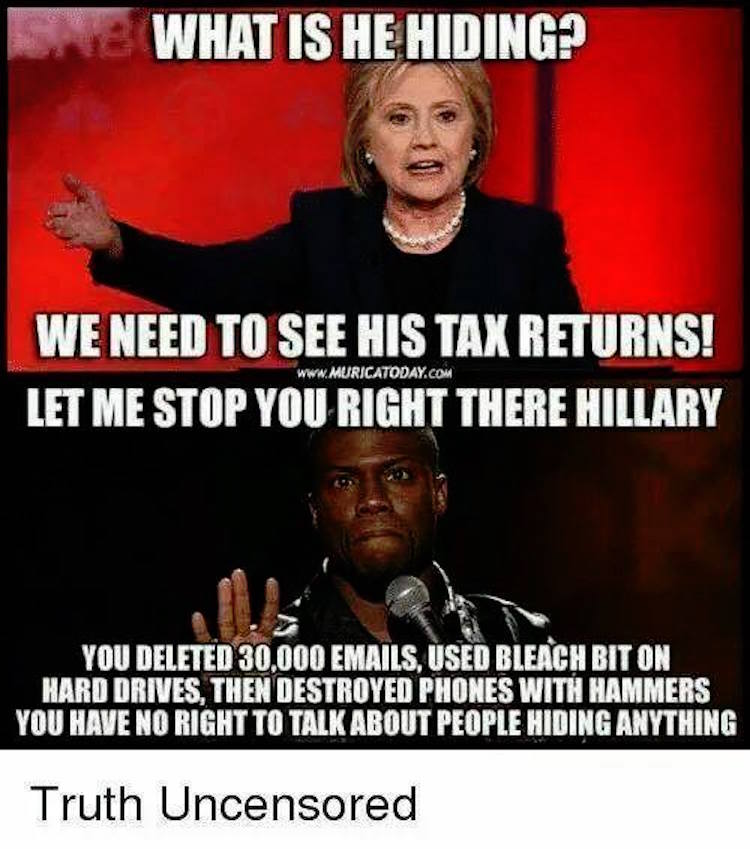 Remember when MSNBC’s Rachel Maddow shocked the world claiming to have obtained Trump’s tax returns? She released them on her show, only to learn that he had not only paid taxes, but he paid more than Bernie Sanders, Barack Obama, and Joe Biden.

Yet that same media didn’t give a rip when a former IT guy for Clinton was literally caught asking for advice on how to destroy evidence.

Clinton made Trump’s tax returns a major focus of her 2016 campaign, and he still won.

Perhaps like this Young Republican said, using Hillary’s own words – “What difference at this point does it make?”