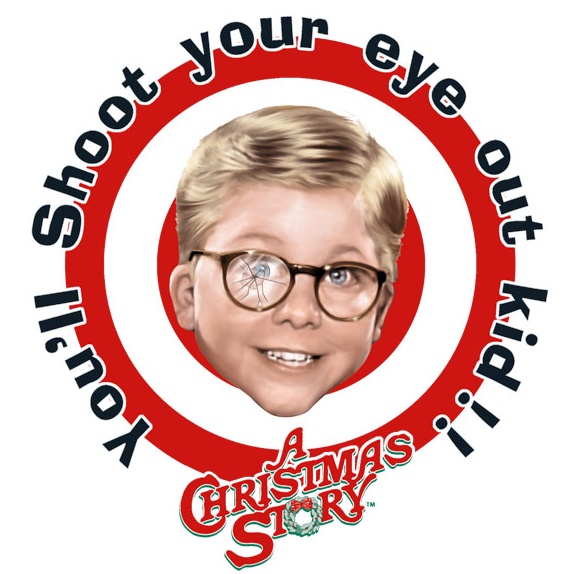 You’ll shoot your eye out kid!

Or at least that’s what one Assemblywoman must believe of children that attend gun shows with their family.

Linda Rosenthal (D) has introduced a new bill that would ban children under 12 from attending a gun show in New York state.

Via the Times Union (the sarcasm is fantastic):

The bill was put forward by Assemblywoman Linda Rosenthal, who hails from that trackless wilderness and sportsmen’s paradise known as Manhattan.

“Children should be learning to read and write, not to shoot a firearm,” Rosenthal says in a statement, as if the two skills were mutually exclusive. “Today in New York State, however, a child of any age can gain unfettered access to gun shows. We as a society have placed reasonable restrictions on the ages at which children may watch violent films” — clearly, Rosenthal does not have premium cable — “or play video games that involve hyper-real gunplay; however, there are no age limits on gun shows. My bill will change that.”

Rosenthal, a Democrat, noted Attorney General Eric Schneiderman’s announcement that more gun shows have signed on to his procedural code to strengthen enforcement of existing rules to prevent straw purchases and other violations.

“Along with enhanced procedures for gun show background checks, age restrictions will ensure that children are exposed to guns only after they reach an age where they are capable of grasping the enormity of responsibility gun handling and ownership represents,” said Rosenthal.

Cars too, are dangerous.  One has to reach a certain age before they are capable of “grasping the enormity of responsibility” of handling a vehicle.  Should car shows be banned too?

Say, Ms. Rosenthal.  You represent the Upper West Side of Manhattan in New York City.  You mentioned that children should “be learning to read and write”.  You know where children find it very difficult to read and write?  That’s right … in your home town!

Check out this report from Fox Business:

Sometimes there’s just one number that describes everything you need to know about a topic. We have one of those today and it has to do with education.

If you want to understand the state of education in this country, listen to this: nearly 80% of New York City high school graduates have trouble with basic skills like reading, writing and math. The vast majority do not have the basic skills you would expect of someone half their age.

The news was reported by a local CBS affiliate today. City officials said 11,000 kids who had graduated from the city’s high schools needed remedial courses to relearn the basics before entering New York’s community college system.

Perhaps a little re-shifting of priorities would serve you well, Assemblywoman.