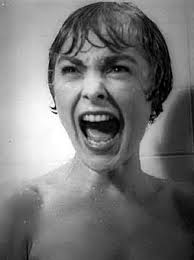 There’s politically correct hiring practices, and then there’s weapons grade stupidity.  Guess which side of the aisle Eric Holder’s Department of Justice falls on?

Yes, the same agency that brought you the bumbling effort known as Fast and Furious, has been actively engaged in a policy of ‘affirmatively recruiting’ people with ‘targeted disabilities’.  This means that they weren’t simply issuing directives against discriminatory hiring practices regarding disabled individuals, it means they actively sought out those very recruits.

So what types of disabilities were the Justice Department looking for in their attorneys and staff members (document embedded below)?

Because nothing restores confidence in the Justice Department like an attorney with a ‘severe intellectual disability’.
Additionally, recruits featuring these ‘targeted disabilities’ have the benefit of being hired via a ‘non-competitive’ appointment, and may be hired “before the position is advertised” and “before the positions closing date”, giving them a clear advantage over potentially more qualified, more mentally-abled individuals.
In other words, it actually benefited a person to have psychological, mental, or intellectual deficiencies when seeking a job in Eric Holder’s department.

The easy joke here is that this explains the incompetence of the Justice Department, but such a ridiculous method for affirmatively hiring disabled employees is no laughing matter.

Read the rest of the report here…

Be sure to check out the Justice Department documents below…

Pastor Gives Occupiers Place to Sleep, They Steal His Laptop