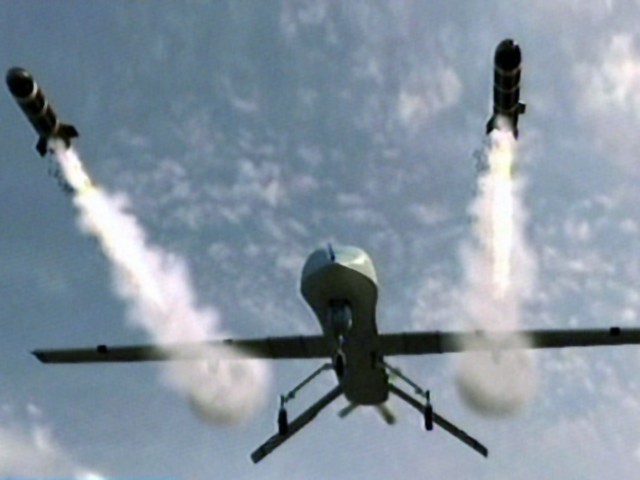 Good thing they’re taking our guns away …  Because, in what absurd scenario would the American people have to defend themselves against their own government?  Those crazy Founding Fathers and their conspiracy theories…

Yes, the president does have the authority to use military force against American citizens on US soil—but only in “an extraordinary circumstance,” Attorney General Eric Holder said in a letter to Senator Rand Paul (R-Ky.) Tuesday.

Last month, Paul threatened to filibuster the nomination of John Brennan, Obama’s pick to head the CIA, “until he answers the question of whether or not the President can kill American citizens through the drone strike program on U.S. soil.” Tuesday, Brennan told Paul that “the agency I have been nominated to lead does not conduct lethal operations inside the United States—nor does it have any authority to do so.” Brennan said that the Justice Department would answer Paul’s question about whether Americans could be targeted for lethal strikes on US soil.

Glenn Beck had earlier referred to this news as possibly being “the biggest story of our lifetime”, had his website The Blaze team up with other to reveal further details – including the actual letter (seen below).

It is the next section of the letter that is the most contentious, as it leaves the door open for potential action in the event of large-scale terror attacks and other monumental disturbances.

“The question you have posed is therefore entirely hypothetical, unlikely to occur, and one we hope no President will ever have to confront,” the letter continues. “It is possible, I suppose, to imagine an extraordinary circumstance in which it would be necessary and appropriate under the Constitution and applicable laws of the United States for the President to authorize the military to use lethal force within the territory of the United States.”

Holder said that a president could be faced with such a situation (“to authorize the military to use such force”) if the need to protect the nation arose during an attack similar to Pearl Harbor or September 11.

“Were such an emergency to arise, I would examine the particular facts and circumstances before advising the President on the scope of his authority,” he concludes.

Here is the letter provided by Eric Holder to Rand Paul…

‘There Are No Jobs’: Obama Loyalists Scramble To Find Work

Migrants Chant ‘Yes We Can,’ Attempt to Storm Southern Border