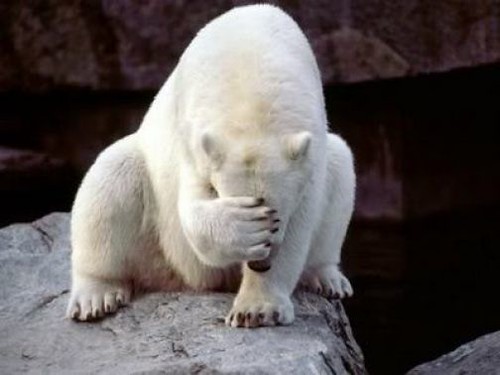 Holy hell, did the Obama administration’s penchant for saying one thing on a given day, and the complete opposite the next, rub off on the Dissociated Press this week?

This is one of the most unintentionally funny articles I’ve read in some time.

First, the record heat temperatures in the United States are definitely a sign of global warming:

If you want a glimpse of some of the worst of global warming, scientists suggest taking a look at U.S. weather in recent weeks.

Second, the report immediately took the heat off of their own argument by saying this:

These are the kinds of extremes climate scientists have predicted will come with climate change, although it’s far too early to say that is the cause. Nor will they say global warming is the reason 3,215 daily high temperature records were set in the month of June.

Finally, they start delving into the fact that the assessment can’t even be made on the global level, because weather extremes such as these have been witnessed … locally.

And this weather has been local. Europe, Asia and Africa aren’t having similar disasters now, although they’ve had their own extreme events in recent years.

Thanks for going through all of that to tell me that summer is hot.

You know what else is hot?  The second closest planet to the sun – Venus – which experiences blazing surface temperatures due to an atmosphere consisting mostly of carbon dioxide, which causes a greenhouse effect.

How did the carbon dioxide get on an uninhabitable planet?  Um, naturally…  Not by man surprisingly enough.

But global warming alarmists would have you believe it’s because Venusian businesses don’t have to adhere to the Kyoto Protocol.