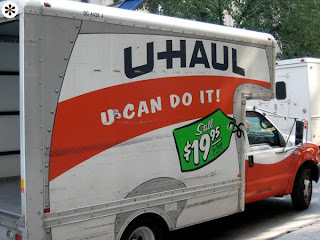 Vice-president Joe Biden is in Detroit today for a big labor rally, and will no doubt be touting the administration’s role in bailing out Government Motors.  One phrase that is likely to be heard – “Detroit is back”.

However, one thing that isn’t back in Detroit is the vice-president’s u-haul truck carrying his Secret Service equipment.  Where did it go, you say?  It was lifted from a hotel parking lot last night.

A U-Haul being used by the secret service for Vice President Joe Biden’s visit to the Labor Day Rally in Detroit on Monday was stolen out of a hotel parking lot Sunday morning.

The U-Haul was stolen form the Holiday Inn parking lot in downtown Detroit on Washington Boulevard.

The U-haul is 14-feet high, has an Arkansas backdrop on the side of the truck and has Arizona plates. The plate number is: AD09406.

No word on whether or not the administration will pardon the thief by saying, “You didn’t steal that”.

Lance Armstrong to Be Banned For Life From Cycling