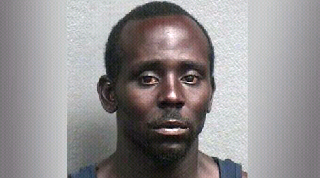 A jailhouse in Houston, Texas had a very unusual booking this past week – Jesus Christ himself was charged with aggravated robbery for brandishing a gun whilst cleaning out another man’s pockets.

Apparently, the Commandment, thou shalt not steal, wasn’t adhered to in this case.

From KHOU in Houston:

The jailhouse had an unexpected visitor this week: Jesus Christ was arrested for aggravated robbery.

Jesus Christ Anthony Turner, that is.

Turner, a 27-year-old Houston man with a highly unusual moniker, was arrested Monday in connection with a robbery on June 16, 2012.

According to court documents, Turner was armed with a gun when he robbed another man.

Charges were filed Tuesday, and Turner was still being held Thursday without bond.

Why do I get the feeling that he just officially changed his name after hearing his mother constantly referring to him as “Jesus Christ Anthony Turner” over the years?