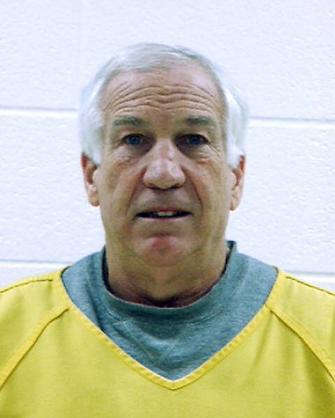 Sandusky, a former Penn State assistant football coach, had been charged with 52 counts of sexually abusing 10 boys, some of them on the Penn State campus and all of whom he met through his Second Mile children’s charity.

Four of those charges were dismissed during the trial.

Gateway Pundit provides video of his perp walk below:

Free Trump 2024 Hat, just pay shipping! Get yours HERE!
Sandusky is expected to be sentenced in 90 days, and faces a maximum of 442 years in prison.
In our opinion – The Penn State college football program should have received the death penalty for this scandal – it transcends sports and ruined the lives of so many innocent people.  Coaches and administrators should also be in jail for covering up these crimes.
That said, kudos to the jury for quickly doling out some level of justice in this case.
Tags
Pennsylvania