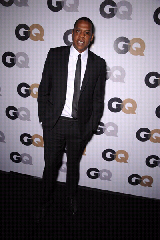 Oh hypocrisy, thy name is Jay-Z.  Remember when hip hop artist, Jay-Z was feigning support for the Occupy Wall Street movement by selling t-shirts… And then keeping the proceeds?

Well, his true colors have reared their ugly head again…

She’s not even two days old, but Beyonce and Jay-Z’s new baby girl is already proving to be a diva thanks to the over-the-top security measures afforded to her famous parents at the Manhattan hospital where she was born.

To accommodate the influential couple’s demand for privacy at Lenox Hill Hospital, other new and expecting parents said they were essentially put on “lockdown” and even booted out of the neonatal intensive care unit (NICU) — on the same floor as Beyonce’s delivery “suite” — so the pampered songstress and her party could come and go unencumbered.

“They just used the hospital like it was their own and nobody else mattered,” raged new dad Neil Coulon, whose efforts to see his premature, newborn twins in the NICU were disrupted by the birth of little Blue Ivy Carter.

Read the article to find out how they came up with the name Blue Ivy.  Rumor has it ‘Mike Check’ would have been the preference had it been a boy.

Published reports had the tab for occupying an entire floor of the hospital at $1.3 million, and that it had been revamped with bullet-proof glass and populated with body guards.

Last night, at least four security guards stood watch at the hospital’s fourth-floor elevator bank, where new parents and grandparents were still voicing their frustrations over security measures that delayed or completely prevented them from visiting.

“People are really upset and complaining,” said the hospital worker, noting that the medical staff has to “shut down” whenever there’s movement on Beyoncé’s part.

Don’t let that fool you, they’re still just one of the unwashed masses…

Clinton in 2014: Immigrant Children ‘Should Be Sent Back’