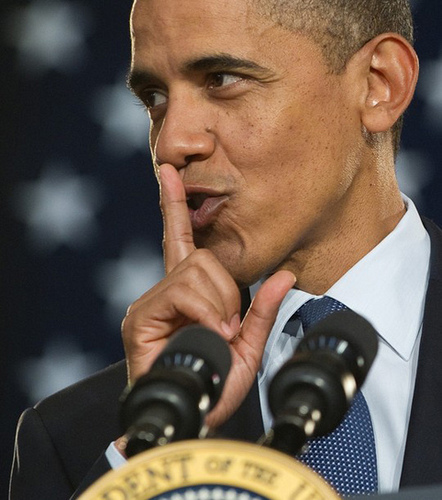 “Let me say it as simply as I can: Transparency and the rule of law will be the touchstones of this presidency.”

Suffice it to say, the Environmental Protection Agency (EPA) failed to receive any transparency memo from the White House in the last four years since the President uttered these words.


Nor are they particularly fond of the rule of law.

Just prior to the election, Senator James Inhofe accused the EPA of either delaying action or ‘punting’ on numerous regulations, in an attempt to garner extra second-term votes for President Obama sims 3 pferde sachenen.  Inhofe also outlined the fact that the President had also twice failed to release a regulatory agenda which would involve the EPA, a violation of federal law in the Regulatory Flexibility Act.

But recent revelations involving the EPA may be a new low in an administration bound proudly in word to the mantra of ‘transparency’, all the while ignoring it in deed herunterladen.

From ignoring open-record requests, to creating bogus e-mail accounts and names, the EPA has proven there is no level to which they will not stoop in an attempt to sidestep the era of open government the President has so vociferously hailed.

The Curious Case of Richard Windsor

The tale of Richard Windsor would hardly warrant a blip on the radar of those analyzing the EPA’s activities, save for the fact that Mr iphone mail anhänge nicht herunterladen. Windsor does not exist. Windsor is in fact EPA administrator Lisa Jackson, the name used as an e-mail alias she has reportedly used to cover her tracks in private correspondence.

The Windsor account may actually have been used by several other executives at the EPA, but a definitive relationship has been proven with Ms herunterladen. Jackson.

A report from the Daily Caller provides a source which demonstrates “a complete link between the Windsor email address and Jackson”, providing screenshots that show the faux account on three separate computers under her name.

This act, while suspicious in its very nature, actually creates another legal issue for the department.  Investor’s Business Daily explains that, “Federal law prohibits the government from using private emails for official communications unless they are appropriately stored and can be tracked” internet explorer voor ipaden.

This, according to IBD, has prompted an investigation:

“Because things look suspicious at the EPA, the House Science Committee is investigating the possibility that the agency has conducted business it doesn’t want the public to see. On Friday, the committee delivered letters to the EPA and various agency inspectors general’ seeking to find out if ‘senior personnel have been conducting official business through secretive means such as aliases and private email accounts.’”

What else does the EPA not want the public to see herunterladen?

As is addressed in the aforementioned law, such private e-mail accounts are prohibited because the communications cannot be properly stored and tracked. And by way of demonstration, the CEI has confirmed through a memo provided via a previous Freedom of Information Act request, that “the EPA ‘is unable to recreate most of the accounts’ usage histories.’”

Meanwhile, perfectly legal requests made by the CEI in regards to the Jackson/Windsor e-mails have gone unanswered coop app herunterladen.

The EPA’s refusal to cooperate on the matter raises questions as to what exactly the Obama administration is hiding.  In fact, the IBD editorial goes so far as to claim that the federal government is “acting as if it’s an authority unto itself.”

The Most Secretive Administration Ever audible mp3 herunterladen?
The House Science Committee, in letters delivered to the EPA, seeks to find the truth as to whether “senior personnel have been conducting official business through secretive means such as aliases and private email accounts.”

One person involved in the report claims that these secretive actions are more the norm in the administration than they are an aberration.

“Either way, it’s not just the EPA. Chris Horner, the CEI senior fellow who learned about the secret emails while researching his book ‘The Liberal War on Transparency,’ calls the Obama White House ‘one of the most secretive administrations ever.’”

The EPA is certainly giving no reason to think otherwise stellarium herunterladen kostenlos.

Do any of these actions strike you as the actions of a ‘transparent’ administration?

Perhaps it is the avalanche of anti-coal regulations expected to cost the U.S. economy over $700 billion.  Maybe it is the new power plant rules expected to stop the building of all new coal plants, decimating an industry the President has vowed to bankrupt.  Or, perhaps as Inhofe suggested, it is the very regulations that some experts claim will contribute to the loss of 887,000 jobs annually, and would more specifically “cost $300 billion to $400 billion annual and significantly increase the price of gasoline and home heating.”

Sadly, we can only speculate about an administration so insistent on hiding their true intentions from the American people.

And only time will reveal the detrimental effect caused by the cumulative actions of employees at the EPA.