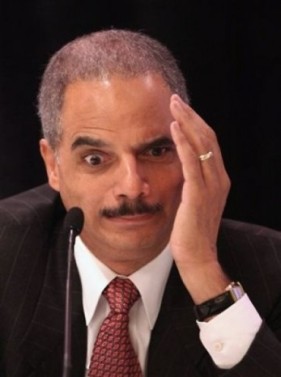 House Oversight and Government Reform Committee Chairman Darrell Issa issued the following statement on the Committee’s approval of a report finding Attorney General Eric Holder in contempt of Congress over his refusal to produce documents related to Operation Fast and Furious.  The Committee yesterday approved the finding of contempt on a vote of 23 to 17.

“The Oversight Committee voted to hold Attorney General Holder in contempt for his continued refusal to produce relevant documents in the investigation of Operation Fast and Furious. This was not the outcome I had hoped for and today’s proceeding would not have occurred had Attorney General Eric Holder actually produced the subpoenaed documents he said he could provide.

“The President’s assertion of Executive Privilege this morning took us by surprise but did not alter the Committee’s conclusion that documents had been inappropriately withheld.  Executive Privilege only applies to materials that directly pertain to communications with the President and his senior advisors.  This assertion indicates that the White House’s role in Operation Fast and Furious and the response to whistleblower accusations has been greater than previously acknowledged.   Just yesterday, the Attorney General indicated a willingness to produce a small subset of documents on the condition that the Committee end its investigation before they were described or made available for review. Today, the President asserted Executive Privilege to ensure they are never produced.

“At the heart of the Congressional investigation into Operation Fast and Furious are disastrous consequences: a murdered Border Patrol Agent, his grieving family seeking answers, countless deaths in Mexico, and the souring effect on our relationship with Mexico.  Congress has not just a right, but an obligation to do all that it can to uncover exactly what happened and ensure that it never occurs again.  After the Justice Department’s earlier false denial of reckless conduct, the Committee has a duty to pursue all options to gather and evaluate key evidence.

“I still believe that a settlement, rendering the process of contempt unnecessary, is in the best interest of the Justice Department, Congress, and those most directly affected by Operation Fast and Furious.  I urge Attorney General Holder and President Obama to reconsider their decision to withhold documents that would allow Congress to complete its investigation.”

Issa is trying to work with Holder but this has gone on long enough.  Holder has had every opportunity to turn over the requested documents, and repeatedly ignores subpoenas, something that would have the average American in jail by now.


Speaking of jail, Nancy Pelosi yesterday made the wild accusation that she could have had Karl Rove arrested a number of times if he was spotted in the Captiol – but then couldn’t name a specific charge he could have been arrested on.

House Minority Leader Nancy Pelosi (D-Calif.) said Wednesday that the House Oversight and Government Reform Committee is playing politics with its vote to hold Attorney General Eric Holder in contempt of Congress, an action she said that even she didn’t seek as House Speaker when she thought someone was legitimately deserving of it.
“I could have arrested Karl Rove on any given day,” Pelosi said to laughter, during a sit-down with reporters. “I’m not kidding. There’s a prison here in the Capitol … If we had spotted him in the Capitol, we could have arrested him.”
Rove was senior advisor and deputy chief of staff to former President George W. Bush from 2001 to 2007.
Asked on what grounds she could have arrested Rove, Pelosi replied, “Oh, any number. But there were some specific ones for his being in contempt of Congress. But we didn’t.”

Pelosi has a history of spouting off at the mouth without any facts to back up her claims.  Remember recently when she alleged she had some sort of secret knowledge about Newt Gingrich, that when revealed would kill his Presidential campaign?  She immediately backed off, of course.

Let’s see if one single member of the media repeatedly hits her with the simple question ‘What could you have had Rove arrested for?’  They won’t, despite the fact that it would be a bombshell news story if there was an action that Rove had taken that could be considered in contempt of Congress.

Did Ron Paul Claim “Saving the Jews” From Hitler Was None of Our Business?