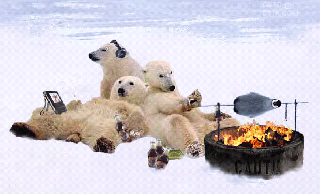 Thank goodness, seeing as a recent report shows that the planet hasn’t warmed in 15 years.

From the New York Times via the Times Union:

Insurance commissioners in New York, California, and Washington state will require that companies disclose how they intend to respond to the risks their businesses and customers face from increasingly severe storms and wildfires, rising sea levels and other consequences of climate change, California’s commissioner said Wednesday.

Laughably, they single out the forward-looking skills of the Califronia insurance industry:

California, which has the ninth-largest economy in the world, has led the way on this push to make a traditionally backward-looking industry anticipate and respond to the business liability presented by a changing climate. These new state regulations will focus attention on the insurance industry’s role in mediating the country’s response to climate change.

And to punctuate that point:

“Global warming presents unique risks, and it is vital that our insurance industry adequately account for the impacts of climate change,” Benjamin M. Lawsky, superintendent of New York’s Department of Financial Services, whose portfolio includes insurers, said in a statement. “We look forward to working with the industry to address these important and growing risks.”

And nothing quite says adequately accounting for the future and forward-thinking than trying to predict the impact of something that hasn’t happened in 15 years – an assessment reported by the East Anglia Climatic Research Unit (yes, Climategate University).

The supposed ‘consensus’ on man-made global warming is facing an inconvenient challenge after the release of new temperature data showing the planet has not warmed for the past 15 years.

The figures suggest that we could even be heading for a mini ice age to rival the 70-year temperature drop that saw frost fairs held on the Thames in the 17th Century.

Based on readings from more than 30,000 measuring stations, the data was issued last week without fanfare by the Met Office and the University of East Anglia Climatic Research Unit. It confirms that the rising trend in world temperatures ended in 1997.

Way to be on top of things, insurers.  While you’re at it, could you please provide detailed reports of a possible outbreak of the Bubonic plague, or the threat of stampeding mastodons?  We really need to get on top of that.

Homeland Security Director Warns: It Will Be Nearly Impossible To Keep ISIS Terrorists From Coming In With Syrian Refugees

NY Police Union Boss: ‘Stop Treating Us Like Animals and Thugs, and Start Treating Us with Respect!’