Because there are apparently no more pressing issues in Brooklyn than toilet seat replacement.  Like mass stabbings of children, per se.

Brooklyn District Attorney-elect Ken Thompson is happy to be taking Charles Hynes’ seat next week — but he says the veteran lawman can keep his throne.

“Kriss said Thompson wants a new toilet seat installed in the DA’s private bathroom because he doesn’t want to sit on the same toilet seat that Hynes sat on,” the source said.

“You’d think he’d be worried about running the office, not about a toilet seat.”

Kriss made the unusual request at a transition meeting last Thursday, a source said.

“If you asked de Blasio if he’s changing Bloomberg’s toilet seats, I bet the answer is no. Who the f- -k thinks of changing the toilet seat? It’s bizarre,” said the source, adding both the seat and the toilet were replaced about six months ago and are almost brand new.

Incidentally, this is Ken Thompson:

And this is Charles Hynes: 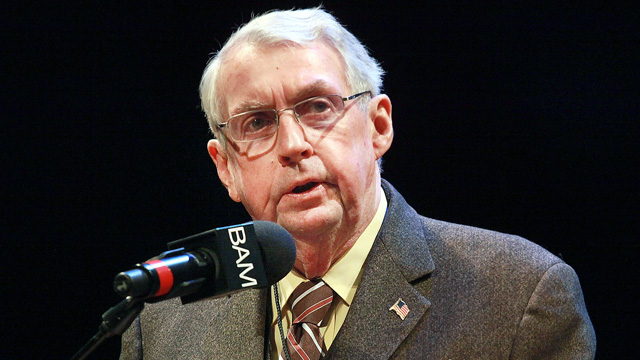 Hynes ran on the Republican line after losing the Democrat primary to Thompson.

Now you tell me readers, what would happen if the old, white Republican DA said that he refused to sit on the same toilet as the young, black Democrat politician, and that the seat must be replaced?

Top FBI Attorney Wanted To Charge Hillary, But Comey Talked Them Out Of It