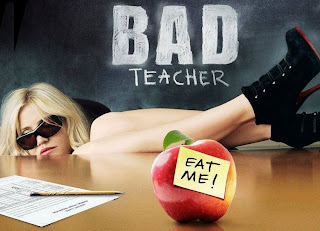 The teacher in this clip (seen below) is a point-blank unhinged propagandist.

Breitbart News obtained information from a source claiming that the student recorded the classroom discussion to “prove to his parents what he has been trying to tell them for some time.”

According to the source, “The teacher in this video has a long history of pushing a liberal agenda, by shouting down students. She is very intolerant of other points of view that she does not share.”

When you listen to the audio, you get the sense that perhaps the student should have been teaching the class about First Amendment rights.

After reviewing a video in which a North Rowan High School teacher tells a student he can be arrested for speaking ill of President Barack Obama, the Rowan-Salisbury School System said it can be a learning experience.

Meanwhile, an expert on politics at Catawba College says the social studies teacher just doesn’t have her facts straight when she insists speaking your mind about a president can get you charged with a criminal offense.

Although two students provided the name of the teacher, the Post is not publishing it because officials within the school system would not confirm her identity and she could not be reached for comment.

The video captures audio of the dispute but does not show the teacher or anyone else. It appears to have been shot with a phone or other device as the camera pointed at the ceiling the entire time.

Rowan-Salisbury spokeswoman Rita Foil confirmed the teacher is still employed with the district and has not been suspended for disciplinary reasons. Foil emailed this statement to a Post reporter Friday on behalf of the school system:

“The Rowan-Salisbury School System expects all students and employees to be respectful in the school environment and for all teachers to maintain their professionalism in the classroom. This incident should serve as an education for all teachers to stop and reflect on their interaction with students.

“Due to personnel and student confidentiality, we cannot discuss the matter publicly.”

Here are some excerpts provided by Breitbart:

The video shows a classroom discussion about the Washington Post hit piece about Mitt Romney bullying a kid some five decades ago. One student says, “Didn’t Obama bully someone though?” The teacher says: “Not to my knowledge.” The student then cites the fact that Obama, in Dreams from My Father, admits to shoving a little girl. “Stop, no, because there is no comparison,” screams the teacher. Romney is “running for president. Obama is the president.”

The student responds that both are “just men.”

The teacher yells — literally yells — that Obama is “due the respect that every other president is due … Listen,” she continues, “let me tell you something, you will not disrespect the president of the United States in this classroom.” She yells over the student repeatedly, and yells at him that it’s disrespect for him to even debate about Romney and Obama.

The student says that he can say what he wants.

“Not about him, you won’t,” says the teacher.

The teacher then tells the student – wrongly – that it is a criminal offense to say bad things about a president. “Do you realize that people were arrested for saying things bad about Bush? Do you realize you are not supposed to slander the president?”

Holy hell.  It’s criminal to slander the President in this country?  If so, there’d be an awful lot of people in jail for holding up Bush is Hitler signs.

What’s worse?  She is a Social Studies teacher with seemingly no concept of recent history, or the Constitution.

Now it’s one thing if you think the kid is being a punk in his delivery (and he is), but as a teacher are you not better equipped to counter that with something other than shrill, screaming, propagandizing?

Courting the Canine Vote: One Straps Them to the Roof, the Other Eats Them