Yesterday, organizers for the Democrat National Convention announced a change in venue for Barack Obama’s big acceptance speech, citing a 100% chance of empty seats 40% chance of showers and lightning.

With the President set to speak at 10:30 pm, we’d like to show you the terrifying weather pattern developing over Charlotte during that timeframe, a situation so death-defying that it had to be moved to an arena with one-third the seating capacity of the original stadium. 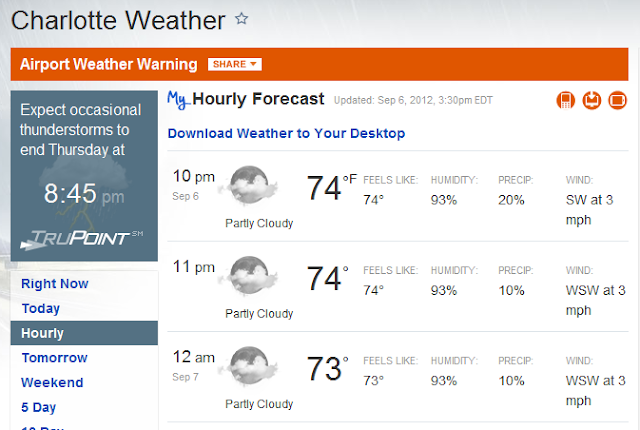 Oh noes!!  How will we ever survive the partial clouds?!
Thank goodness the Democrats had the foresight to avert disaster by assuring people would not have to look at a half starlit night, and a partially obscured moon.  The horror.
Tags
North Carolina President Obama

Taliban Commander Turns Himself In, Tries to Collect Reward Money