The following post is from one of New York’s finest bloggers known as Yid With Lid.  With the Democrats making their third reference thus far comparing Republicans to Nazis, the emotion with which Lid writes can not be heightened with further commentary.  So simply read and help…

How Dare They!!!  Why do Democrats keep on cheapening the memory of the Holocaust with inappropriate references to the Holocaust?

On Gov. Nikki Haley participating in daily news briefings in a basement studio at the NASCAR Hall of Fame: ‘She was down in the bunker a la Eva Braun.’

This comes on top of Pat Lehman described as the Dean of the Kansas delegation comparing Paul Ryan to Hitler:

Lehman said Republicans, especially vice presidential nominee Paul Ryan, are on track to “dismantle Medicare and Medicaid and every other social program, including education.”

She said education is the only route most Americans can use to improve their lives and “the thought of having our public education system basically devastated, I’m really worried about that.”

Lehman said her biggest concern about the election itself is voter-identification laws that Republicans have pushed through in a number of states, including Kansas.

She said the purpose is to suppress the vote, especially among Democratic-leaning constituencies such as elderly voters. And she scorned the Republicans’ contention that the laws are designed to combat voter fraud.

“It’s like Hitler said, if you’re going to tell a lie, tell a big lie, and if you tell it often enough and say it in a loud enough voice, some people are going to believe you,” Lehman said.

… and  the chair of the California Democratic Party John Burton comparing Paul Ryan and the GOP to Nazi propagandist Joseph Goebbels.  A statement that Nancy Pelosi agreed with.

Normally I would say something like Could you imagine what would happen if a Republican called Biden a Nazi? But since its a Democrat smearing a GOP candidate….this is OK.

Or.. Every time idiots like these use a term like Nazi for a political argument he makes it less horrible and the memory of what they did less horrible also. But to be honest I am sick and tired of the Democrats and their fake Holocaust references.  So I would like to address the violators personally, and need your help (more on that in a second).

I would like to ask Dick Harpootlian a question…I have many relatives with this on their arm: 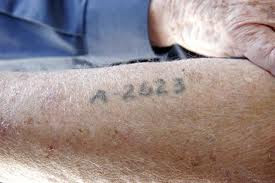 Hitler chose that method of identifying his victims because tattooing is prohibited in the Jewish faith.  Is this what you meant when you compared Nikki Haley to Eva Braun?

Now this is where you can get involved. Please download the picture above and tweet it to Mr. Harpootlian at the SC Democratic Party @scdp and ask him if this is what he meant.

I would like to ask Pat Lehman the Dean of the Kansas delegation. Hitler did this to many of my relatives:

Is this what you meant when you compared Paul Ryan to Hitler?

Please consider downloading the picture above and tweeting it and the question to Pat. You can reach her at the Kansas Democratic party@kansasdems.

And to California Democratic Party John Burton who left the convention for Root Canal. Do you know that after the Nazi’s gassed their victims they collected their hair, their clothes, glasses, gold teeth and even artificial limbs to be used by the Reich? 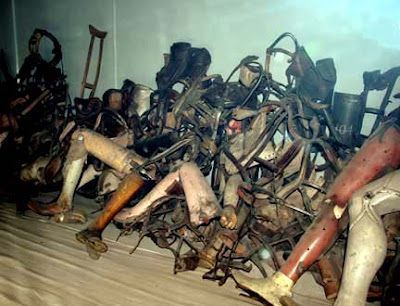 When you compared Paul Ryan to Goebbels, did you mean he did horrible things like gassing innocent victims an collecting their gold teeth and artificial limbs?

Please do the same with Burton as with the other two he can be reached at the California Democratic Party @ca_dem.

Why is it so important to ask these Democrats these particular questions?  Because if the subject of their Nazi comparison didn’t force people to put tattoos on their arms, crowd them in to death camps where they would suffer torture till they were gassed shot or died some other horrible death, then mutilated their corpses by taking out what can be reused…if they didn’t do any of that, or anything like it…their Nazi reference is not only false and inappropriate, but insensitive to the victims who suffered during the Holocaust and their families.

Report: Sensitive Documents May Have Disappeared in Libya Attack Aftermath