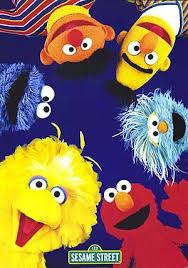 Oh, the humanity!  Who knew that having to watch Barney & Friends every hour on the hour with your child consisted of … gasp … torture?!

A new documentary alleges that detainees at Guantanamo Bay were “tortured” by being forced to listen to songs from Sesame Street for days on end.

The Al Jazeera film, “Songs of War,” features Christopher Cerf, who has worked as a composer on Sesame Street for more than four decades.

“My first reaction was this just can’t possibly be true,” the Grammy and Emmy award-winning composer told Al Jazeera.

“Of course, I didn’t really like the idea that I was helping break down prisoners, but it was much worse when I heard later that they were actually using the music in Guantanamo to actually do deep, long-term interrogations and obviously to inflict enough pain on prisoners so they would talk.”

In a report featuring the composer of the Sesame Street songs, one detainee actually says the following:

“The music was so loud,” says Moazzam Begg, a former detainee at Guantanamo Bay and Bagram. “And it was probably some of the worst torture that they faced.”

I wonder if all those people detained in the past by Al-Qaeda would have preferred torture by Sesame Street, as opposed to having their head sawed off of their body.

If given the choice, I’m sure Nick Berg would have been okay with it.

Video: Change Has Come, Now Change It Back

Bombshell Report: Obama Administration Was Warned of Embassy Attack and Did Nothing