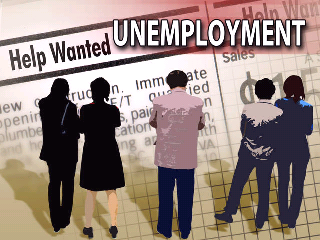 The headline on Forbes says it all:

Well, thank God for small favors.  What about this jobs report ‘stinks’ exactly?

The April U.S. nonfarm payrolls report from the Bureau of Labor Statistics on its face looks like a big disappointment with 115,000 jobs created last month, versus economists’ consensus forecast for 160,000.

There is no way to spin it – the economic recovery does not exist.

But the unemployment rate went down again this month you say.  Surely this is a sign of good economic times ahead you say.

Here’s the reality.  It’s something we’ve covered here before.  The unemployment rate is dropping not due to job growth or creation – it’s due to the high rate of people dropping out of the labor force altogether.  A lesser pool of workers to draw from helps to lower the unemployment rate.  This is the equivalent of raising Albert Pujols batting average by simply lowering the number of hitless at-bats.

A separate report released on Friday showed the unemployment rate falling to 8.1% from 8.2%. This number has very little value as a barometer of economic growth, since it falls as jobless people drop out of the labor force. In fact, the percentage of the population in the labor force at 63.6% in April is at its lowest since 1981, and the U.S. economy has nearly 5 million fewer jobs than it did in 2007 before the recession.

So next time you here an Obama supporter touting the lower unemployment numbers, gently remind them that it is actually because of his overwhelming failure on the economy that this is happening.  His ‘hope and change’ policies have created so much despair that people are giving up.

And tell them you heard it here because you were fighting the liberal Mental Recession!