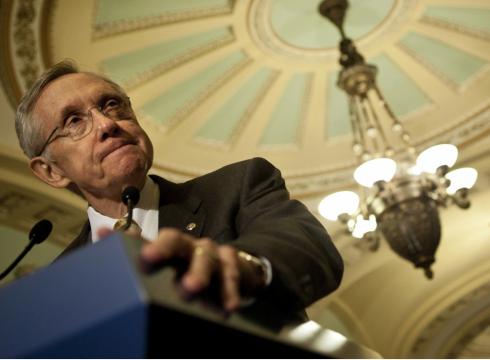 The question is, how do they sort through all of the lies coming out of the Democrat party during the course of an entire year?

The first line of attack against Paul Ryan out of the Democrat party has clearly been the claim that he wants to end Medicare.

Governor Romney’s pick of Congressman Paul Ryan confirms his commitment to the radical Republican budget. As the lead author of this extreme thinking, Paul Ryan proposed and Tea Party House Republicans passed a budget that would end the Medicare guarantee as we know it and shift costs onto the backs of seniors….

Romney VP pick bad for seniors. Signals an end to Medicare as we know it.

By picking Rep. Paul Ryan, Gov. Romney has doubled down on his commitment to gut Social Security & end Medicare as we know it.

The problem with these claims is that they’re simply untrue.  Left-leaning Politifact even had to squash the Democrat claims back in 2011, naming it the biggest “lie of the year” (h/t Weasel Zippers).

Republicans muscled a budget through the House of Representatives in April that they said would take an important step toward reducing the federal deficit. Introduced by U.S. Rep. Paul Ryan of Wisconsin, the plan kept Medicare intact for people 55 or older, but dramatically changed the program for everyone else by privatizing it and providing government subsidies.

Democrats pounced. Just four days after the party-line vote, the Democratic Congressional Campaign Committee released a Web ad that said seniors will have to pay $12,500 more for health care “because Republicans voted to end Medicare.”

Rep. Steve Israel of New York, head of the DCCC, appeared on cable news shows and declared that Republicans voted to “terminate Medicare.” A Web video from the Agenda Project, a liberal group, said the plan would leave the country “without Medicare” and showed a Ryan look-alike pushing an old woman in a wheelchair off a cliff. And just last month, House Minority Leader Nancy Pelosi sent a fundraising appeal that said: “House Republicans’ vote to end Medicare is a shameful act of betrayal.”

After two years of being pounded by Republicans with often false charges about the 2010 health care law, the Democrats were turning the tables.

Now, PolitiFact has chosen the Democrats’ claim as the 2011 Lie of the Year.

In fact, if you click on the Poltifact article you’ll see nine different ways the Democrats have made the same claim laid out on the right side of the page.  Each claim that Ryan’s plan would “end Medicare” has been labeled as false, or with the more subtle “pants on fire”.