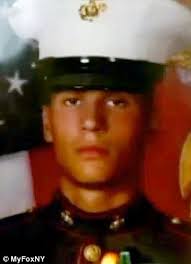 Governor Andrew M. Cuomo has directed that flags on state government buildings be flown at half-staff on Thursday, Aug. 16, in honor of a New York Marine who died in Helmond Province, Afghanistan, on August 10.

Lance Cpl. Gregory T. Buckley of Oceanside died while supporting combat operations.  He was assigned to the 3rd Battalion, 3rd Marine Regiment, of the 3rd Marine Division, a part of the III Marine Expeditionary Force based in Kaneohe Bay, Hawaii.

“I join with all New Yorkers in mourning the death of this brave Marine,” Governor Cuomo said.  “We will remember his service with pride and we extend our regrets of his loss to his friends, and fellow Marines.”

Governor Cuomo has directed that the flags on all State buildings be lowered to half-staff in honor of and in tribute to our state’s service members and those stationed in New York who are killed in action or die in a combat zone.