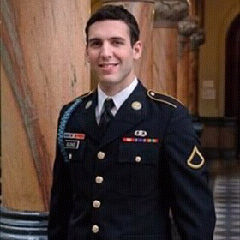 Governor Andrew M. Cuomo has directed that flags on state government buildings be flown at half-staff on Thursday, August 2, 2012 in honor of a Rochester soldier who died in Afghanistan on July 27.

“I join with all New Yorkers in mourning the loss of Private Glende, and I send my deepest sympathies to his family, friends, and fellow soldiers,” Governor Cuomo said. “We will honor the service of this young soldier and we will be forever grateful for his dedication to our nation.”

Governor Cuomo has directed that the flags on all state buildings be lowered to half-staff in honor of and in tribute to our state’s service and those stationed in New York who are killed in action or die in a combat zone.

Long: Time for Gillibrand to Denounce the Culture of Corruption in Albany and Call on Speaker Silver to Step Aside