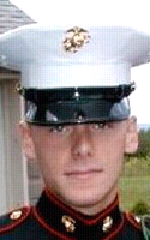 Governor Andrew M. Cuomo has directed that flags on state government buildings be flown at half-staff on Tuesday, April 10 in honor of a New York Marine who died on April 3.

“I join with all New Yorkers in mourning the loss of Corporal Bordoni,” said Governor Cuomo. “We will forever honor the service and sacrifice of this New York Marine. I send my deepest condolences to his family, friends, and fellow Marines.”

Post Endorses Stringer: “Spitzer Should Be Indicted, Not In Office”