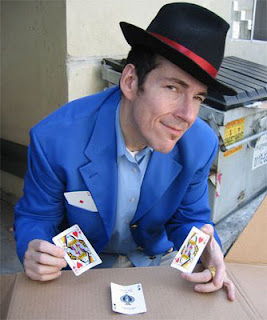 Who knew the Obama administration was so good at government versions of three card monte?

Just add it to the Obama administration’s ever-lengthening list of ridiculous stimulus-related schemes: a well-subsidized solar company received a federal loan guarantee (backed, it goes without saying, by The American Taxpayer) to sell solar panels… to itself.

And here’s the story from the Washington Examiner:

First Solar is the company. The subsidy came from the Export-Import Bank, which President Obama and Harry Reid are currently fighting to extend and expand. The underlying issue is how Obama’s insistence on green-energy subsidies and export subsidies manifests itself as rank corporate welfare.

Here’s the road of subsidies these solar panels followed from Perrysburg, Ohio, to St. Clair, Ontario.

First Solar is an Arizona-based manufacturer of solar panels. In 2010, the Obama administration awarded the company $16.3 million to expand its factory in Ohio — a subsidy Democratic Gov. Ted Strickland touted in his failed re-election bid that year.

In September 2011, Ex-Im approved $455.7 million in loan guarantees to subsidize the sale of solar panels to two wind farms in Canada. That means if the wind farm ever defaults, the taxpayers pick up the tab, ensuring First Solar gets paid.

But the buyer, in this case, was First Solar.

A small corporation called St. Clair Solar owned the wind farm and was the Canadian company buying First Solar’s panels. But St. Clair Solar was a wholly owned subsidiary of First Solar. So, basically, First Solar was shipping its own solar panels from Ohio to a solar farm it owned in Canada, and the U.S. taxpayers were subsidizing this “export.”

You Won’t Believe What Obama Considers His ‘Proudest Achievement’

White House Aims For New Gun Control Laws, As Another Fast and Furious Weapon Shows Up at Murder Scene