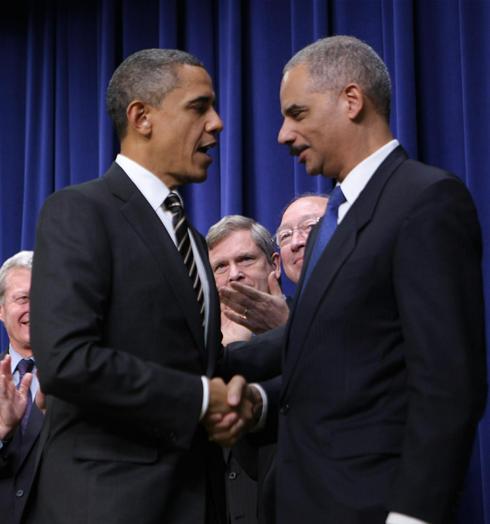 Was there ever any doubt that Eric Holder’s Justice Department played a role in getting the charges against the New Black Panthers voter intimidation case dismissed?

A federal court in Washington, DC, held today that political appointees appointed by President Obama did interfere with the Department of Justice’s prosecution of the New Black Panther Party.

The ruling came as part of a motion by the conservative legal watch dog group Judicial Watch, who had sued the DOJ in federal court to enforce a Freedom of Information Act (FOIA) request for documents pertaining to the the New Black Panthers case. Judicial Watch had secured many previously unavailable documents through their suit against DOJ and were now suing for attorneys’ fees.

Obama’s DOJ had claimed Judicial Watch was not entitled to attorney’s fees since “none of the records produced in this litigation evidenced any political interference whatsoever in” how the DOJ handled the New Black Panther Party case. But United States District Court Judge Reggie Walton disagreed.

“The documents reveal that political appointees within DOJ were conferring about the status and resolution of the New Black Panther Party case in the days preceding the DOJ’s dismissal of claims in that case, which would appear to contradict Assistant Attorney General Perez’s testimony that political leadership was not involved in that decision.”