Despite the fact that the Obama administration has closed national parks and memorials for veterans due to the shutdown, an immigration-rights rally was allowed to take place on the National Mall today.   And at this rally for amnesty toward those who have broken immigration laws, Democrats went ahead and led by example – breaking laws and getting themselves arrested for not respecting borders.

The rally, intended to push Congress into passing comprehensive legislation tackling the immigration issue, drew hundreds of activists to the National Mall. According to organizers, 200 were deliberately arrested in total for blocking the street.

In addition to Mr. Rangel and Mr. Crowley, John Lewis of Georgia, Luis Gutiérrez and Jan Schakowsky of Illinois, Raúl Grijalva of Arizona, Keith Ellison of Minnesota and Al Green of Texas were also reportedly taken into custody by Capitol Police. All eight are Democrats.

Here is a picture just tweeted by Rangel as he was leaving the police station: 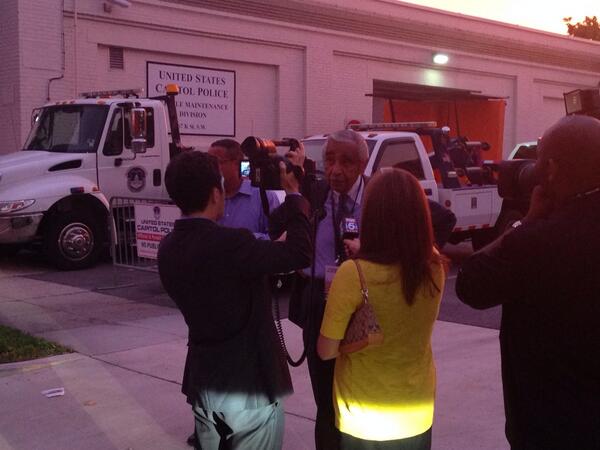 Just leaving the station. proud that 7 other Reps and I fought for #immigrationreform!

Bernie Sanders, Kamala Harris Want to Give Terrorists the Right to Vote

Bloomberg on Soda Ban: We’re “Forcing You to Understand”