The only thing unAmerican these days is the way the media propagates false news on the Trump administration, demonizes their supporters, and then tries to play the victim in the entire mess.

CNN’s Jim Acosta appeared with colleague S.E. Cupp Wednesday evening to convey his sob story about what happened at a rally in Tampa, Florida, earlier this week. Acosta attempted to do a live segment at the rally, but the crowd interjected with loud booing and chants of ‘CNN sucks’ and ‘fake news,’ both verifiably accurate statements.

Acosta told viewers in his most dramatic of efforts, that the whole incident seemed a little less than patriotic. You heard that correctly – a CNN reporter who constantly produces biased content against the President of the United States, claims that his supporters are unAmerican.

“I mean, honestly, it felt like we weren’t in America anymore,” he asserted. “I don’t know how to put it any more plainly than that.”

“Americans should not be treating their fellow Americans in this way.”

The only thing missing from the interview was a fake teardrop rolling down Acosta’s cheek, the camera zooming in to capture it and heighten the drama.

On Wednesday, Acosta sat down with HLN’s S.E. Cupp
“Honestly, it felt like we weren’t in America anymore,” he said. “I don’t know how to put it any more plainly than that. Americans should not be treating their fellow Americans in this way.”https://t.co/qFJMeX1hEu

Cupp, of course, dutifully parroted the media’s overreaction to the crowd’s treatment of Acosta saying “even I was shocked” at what happened.

You’ve got members of the media who refer to Trump supporters as toothless hillbillies, Deplorables, bitter clingers, etc., and those like Acosta and April Ryan at their own network who try to constantly drum up anger against the President by falsely portraying he and his supporters as racists, misogynists, and xenophobes … and you can’t figure out why they despise these people?

Seriously Ms. Cupp, stop with the ‘woe is me’ routine and remember that it was media and Democrat falsehoods and vilifying of their opponents that led to a deranged leftist opening fire on Republican congressmen on a softball field not too long ago.

Maybe reserve your shock for something of that magnitude.

Jim Acosta on Facing Jeering Mob at Trump Rally: ‘It Felt Like We Weren’t in America Anymore’ https://t.co/i4ZkPxJxEo via @mediaite

“When the president, during the campaign, referred to us as the dishonest media, the disgusting news media, liars, scum, and thieves, and so on, and then he rolled that right into the Oval Office, and started calling us the fake news and the enemy of the people, he is whipping these crowds up into a frenzy, to the point where they really want to come after us,” Acosta continued in his estrogen-fueled meltdown.

There are countless examples of fake reporting coming out of CNN – not just of the ‘oops we accidentally reported a fake story’ variety either.

Remember when CNN falsely reported that candidate Trump and his son Donald J. Trump, Jr. had access to hacked documents from WikiLeaks before they were public knowledge?

Or that time CNN reported that former FBI Director James Comey would dispute President Trump’s claim that he was told he is not under investigation? 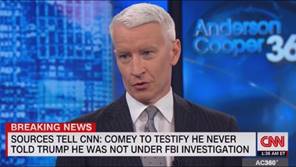 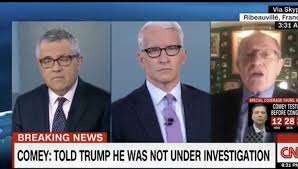 Second, nobody “really wants to come after (you),” there pumpkin. You’re not in a physical battle against Trump supporters, you’re not a heroic warrior running towards a fire to do a job that only a select few elite Americans can do.

You’re a guy doing a job that anybody with a laptop and a camera could do, only you’re doing it poorly.

At a press briefing Wednesday, White House Press Secretary Sarah Sanders reminded the media that the relationship between them and the everyday American people is a two-way street.

Acosta, Cupp, and the rest of the hacks at CNN clearly do not support freedom of speech. And that is what is actually unAmerican.

Gillibrand: We Weren’t Misled By the President Because “We All Knew” He Was Lying