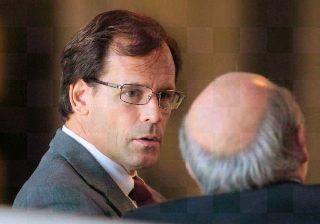 Last week, LifeNews reported on a pair of abortion practitioners who were charged with murder across two states:

Operation Rescue has learned that abortionists Steven Chase Brigham and Nicola Irene Riley have been charged with murder related to the deaths of viable babies at an illegal secret abortion clinic that the pair operated in Elkton, Maryland.


Now we’ve learned that one of those doctors had a long history of late-term abortions, including harboring 17 frozen fetuses in his office.

The Times Union has discovered that:

A New Jersey doctor charged with murder last week for performing several late-term abortions in Maryland had once operated an abortion clinic in Albany County at which state investigators discovered 17 frozen fetuses in 1996.


The discovery was part of a broader investigation by the New York attorney general’s office, which declined to pursue criminal charges related to allegations that late-term abortions, in violation of New York’s fetal homicide law, were being performed at the Colonie clinic then owned by Dr. Steven Chase Brigham.


At the time, investigators said there was evidence that Dr. Mark Binder, who worked for Brigham at the Central Avenue facility, American Women’s Services, had performed abortions on fetuses that exceeded 24 weeks.


The frozen fetuses were discovered in a freezer at Brigham’s Central Avenue clinic, and were later buried in Albany Rural Cemetery.

Charges though, other than Medicaid fraud, were never brought.  John Meekins, a former assistant attorney general who worked the case stated he “encountered political pressure against the investigation from the Albany Democratic machine, including a judge who had ties to the Colonie clinic’s landlord.”


There is no level Democrats won’t stoop to in order to promote their pro-abortion agenda, as this seems to indicate.

Details of the case are bone-chilling:

Meekins said, “In fact, I spoke to an undertaker and he said he picked up the body of a child there that looked to him like it was fully developed. I couldn’t get any confirmation of that,” Meekins said. But a health department report refers to a coroner describing one of the fetuses as appearing in size to be about 7 or 8 months.


Perhaps had Albany Democrats not stepped in to hinder Brigham’s prosecution back in 1996, they could have saved other babies from meeting the same fate, preventing further murders.

Rubio Breaks Down the Election: “Between a Guy That Has No Idea What He’s Doing, and a Guy That Does”

Illegal Immigrants to Get State Tuition Rates in Massachusetts