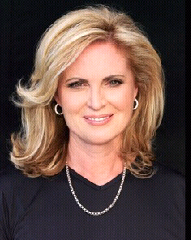 A DNC adviser and strategist, Hilary Rosen, is under fire for criticizing Ann Romney as having “never worked a day in her life”.

Ann Romney’s debut on Twitter couldn’t have come at a more opportune time.

Ann’s first tweet came just moments after Democratic strategist and DNC adviser Hilary Rosen lobbed an insult at Ann Romney, suggesting that the 64-year-old mother of five and grandmother of 16 had never held a job.

“Guess what, his wife has actually never worked a day in her life,” said Rosen, who was being interviewed by CNN’s Anderson Cooper about the “war on women.”

That’s when Ann herself chimed in …

“I made a choice to stay home and raise five boys. Believe me, it was hard work,” Ann tweeted.

“I could not disagree with Hilary Rosen any more strongly. Her comments were wrong and family should be off limits. She should apologize,” Obama campaign manager Jim Messina said in a tweet.

Hilary Rosen offered an apology Thursday after her comments about Ann Romney sparked an uproar and a debate over women and the economy.
“I apologize to Ann Romney and anyone else who was offended,” Rosen, a top Democratic strategist and CNN contributor, said in a statement. “Let’s declare peace in this phony war and go back to focus on the substance.”

The most interesting part of that apology?  The admission that the War on Women is a fabricated lie.