Yet, it’s been summed up in one image below.

The Huffington Post celebrated ‘Muslim Women’s Day’ to praise Muslim women who are “strong, fierce, and unapologetically themselves.”

Even pop singer Alicia Keys got into the act, with a quickly deleted tweet which supposedly celebrated such empowerment: 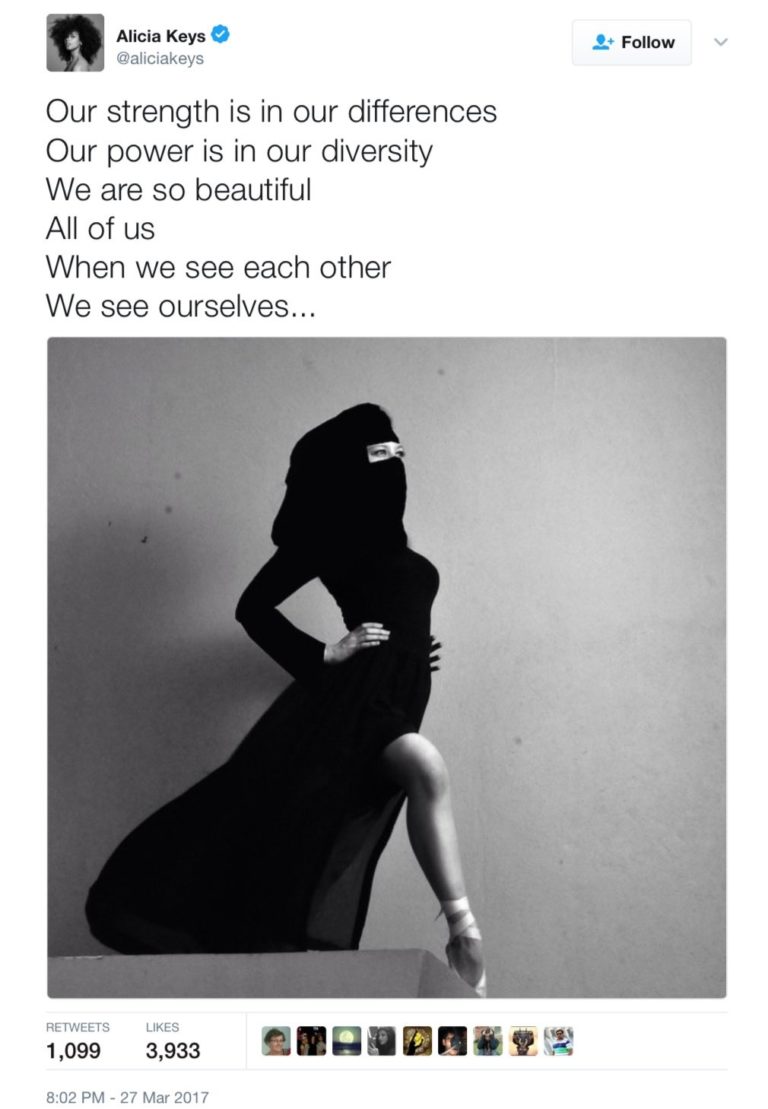 Also recently, the same left-wing activists who wanted to celebrate a Muslim Women’s Day, somehow became enraged when a years old interview with Vice President Mike Pence revealed that he doesn’t like to be alone with any other woman than his wife.

How enraged were they with his loyalty? They compared it – without any hint of irony as a Muslim Women’s Day loomed in the background – with Sharia Law.

Sincere question. How is this different from extreme repressive interpretations of Islam ("Sharia Law!") mocked by people like Mike Pence

The folks at the Federalist Papers have provided a visual representation of how liberals view Muslim extremists and how they view Republicans. It will leave you shaking your head.

It’s an important reminder that under actual Sharia law, women are nowhere near considered the equal of men. They are looked at as inferior in nearly every way. They can be legally beaten. Arranged marriages with young girls are acceptable. It is demanded that they are subservient to their husbands.

Countries with Sharia law, like Saudi Arabia, stone women to death for adultery.

But here in liberal land, a powerful man who only wants to be alone with one woman – his wife – is the one responsible for a “war on women.”

Democrats Honor Governor Cuomo For His Upcoming Trip to Cuba

Schumer: Obamcare Will Be “Less Bad” Than Expected

Dem Rep. Nadler: To Hell With Mueller Report – ‘We Know There Was Collusion’