(VIDEO) Sen. Hawley Destroys Comey: ‘Why Don’t You Regret Your Role in the Unprecedented Misleading?’

(VIDEO) Trump on Why Joe Biden Doesn’t Hold Any Rallies: ‘Because Nobody Will Show Up’

A Senate Democrat sign at today’s press conference regarding filibusters was apparently written by somebody being educated via Common Core standards albums download for free.

Can you spot the spelling errors in this Senate Dem sign at the presser today? robbery bob kostenlos downloaden? #oopspic.twitter.com/ex0HSOGhaC 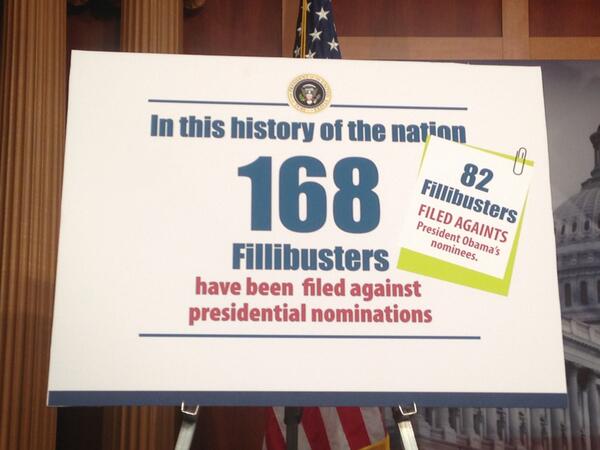 Then of course, there’s the fact that they were filed “againts” President Obama’s nominees.

The opening sentence seems to have a couple of words transposed as well, more properly reading “In the history of this nation.”

Next post How Convenient: Obama Administration Pushes Back Obamacare Enrollment to Just After the Elections