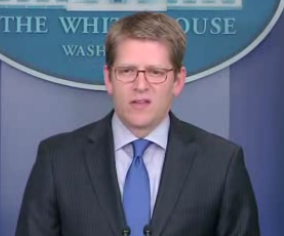 Brian Terry is the name of the man who was murdered by Mexican drug cartels armed with weapons provided by a botched gun trafficking operation known as Fast and Furious.

He wasn’t simply a border patrol agent – he was a son and a brother.  And he lost his life with guns provided by the very nation he vowed to protect.

Yesterday, Nancy Pelosi in her displaced anger, lashed out at Darrell Issa and his attempts at holding Eric Holder in contempt of Congress, rambling about some fantasy involving Karl Rove and handcuffs.

That rant made the headlines, but as All-American Blogger points out, there was another comment that showed Pelosi’s absolute lack of compassion when it comes to the murder of Brian Terry.

… the buzz about former Speaker Nancy Pelosi revolves around her statement that she could have arrested Karl Rove at any time. But if you dig deeper into the story, you come across a quote that shows just how heartless this woman really is:

“It’s just the irresponsibility of the Republicans,” Pelosi said. “We want jobs. Why are they spending this time doing this?”

“We want jobs. Why are they spending this time doing this?”

They’re spending their time on this because the American people want answers as to why our government was letting guns walk across the border, into the hands of drug cartels, and eventually used to kill American and Mexican citizens.

How bad does this Fast and Furious situation have to be for Pelosi to try and put the focus back on something that has been a hallmark administration failure – jobs.  Regardless, it is clear she has no concern for the Terry family.

You know who else doesn’t seem all that concerned about Brian Terry?  White House Press Secretary Jay Carney, who, in a press briefing earlier today could not remember the family’s name.  At the presser, a reporter actually mentioned Terry’s name when prefacing his question – and Carney still couldn’t recall it in his answer!

DNC Opening Video: “Government is the Only Thing We All belong To”

New Video Rips Biden for ‘Laughing at the Issues’