During testimony before the Senate Judiciary Committee this week, FBI Director James Comey revealed that Abedin had forwarded thousands of emails to her husband, disgraced former Congressman Anthony Weiner. Many of those emails included classified information.

Comey said it was “regular practice” for Abedin to “forward(ing) emails to him (Weiner) for him to print out for her, so she could deliver them to the Secretary of State.” 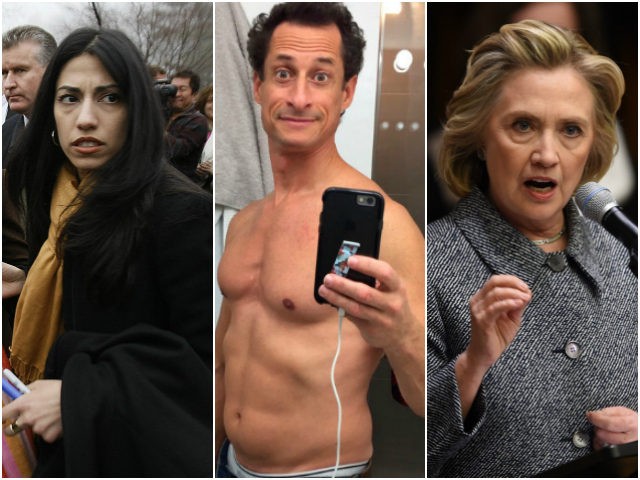 “Somehow, her emails were being forwarded to Anthony Weiner, including classified information,” he explained.

Now Blumenthal, who is the exact opposite of an anti-Clinton politician, is demanding answers.

On MSNBC on Thursday morning, Sen. Richard Blumenthal (D-CT) called for a special prosecutor to investigate if Abedin committed a crime by forwarding the classified material.

“If there was classified information and it was improperly passed to a person unauthorized to receive it, yes, naturally it’s a crime,” Blumenthal said. “Without knowing what the intentions were and so forth, there is potentially a prosecutable crime.”

Host Joe Scarborough asked if it should have been prosecuted.

“It still may be, potentially. It’s not outside the statute of limitations, so far as I know. It’s one that the Department of Justice is going to have to decide,” Blumenthal continued. “The question is: who will decide it? That’s why we need a special prosecutor to review all of this investigative material.”

Comey, who has done his absolute best to twist logic in an attempt to protect Clinton and those in her campaign, said both Abedin and Weiner “potentially” committed crimes, but he could not pursue them because he couldn’t “prove criminal intent.”

‘Intent’ is Comey’s favorite word when it comes to protecting Clinton, but it is unnecessary in proving a crime that involves gross negligence.

It’s high time somebody in the Clinton camp paid for the mishandling of classified material. Will Abedin and Weiner be the first ones to go down?

Will the Republicans follow Blumenthal’s lead and demand answers?

Do you think Huma Abedin should be investigated? Share your thoughts below.