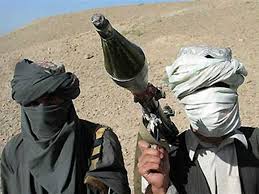 This is the stuff of parallel universes…

Former government attorneys and defense experts fear that foreign terrorists could capitalize on a new House proposal that would afford them full protection under the U.S. legal system, potentially spurring a domestic influx of would-be terrorists who may seek to exploit the legal loophole.

The amendment, spearheaded by Reps. Justin Amash (R., Mich.) and Adam Smith (D., Wash), would implement an unprecedented reversal in longstanding U.S. policy by requiring that terrorists be prosecuted in civilian courts—a shift that would also allow them to be housed among general inmates in American prisons.

The amendment would prevent the president from effectively fighting the war on terror, thereby posing a serious threat to the country’s national security, experts warn.

“In order to be able to successfully fight and win this war, we need to support the notion that this is a real war,” said David Rivkin, who provided legal counsel in the administrations of Presidents Ronald Reagan and George H.W. Bush. “Anything that delegitimizes the laws of war is a horrible thing symbolically in terms of undermining a fragile consensus.”

Smith and Amash, Rivkin said, are unraveling a delicate legal balance that permits the president to effectively “fight and win” the war on terror.

Winning the war on terror is clearly not a priority any longer.  Keeping things PC with our enemies is job number one.

Our representatives in government are severely undermining their own country, and the men and women who fight on Obama’s behalf.