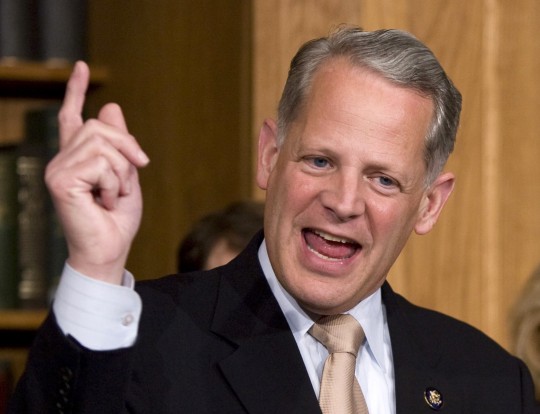 The Democratic Congressional Campaign Committee, led by New York’s own Steve Israel, is out with their first campaign ad of the 2012 season, in which they falsely accuse a Republican Congressman of voting to “end Medicare.”

Democrats tried these “Medi-scare” tactics last year, and they failed:

In New York’s 9th Congressional District, Republican Bob Turner won in a three-to-one Democratic district not held by a Republican since 1923 and in a swing Nevada district, the Republican won by twenty-two points.

Neither Barack Obama nor Congressional Democrats have a plan to save Medicare from bankruptcy.

In fact, only one bill in history signed by an American President actually removed funds from Medicare.

It was Obamacare, written by Democrats, signed into law by Barack Obama and passed with the votes of Steve Israel, Dan Maffei, Bill Owens, Paul Tonko, Louise Slaughter, Nita Lowey and Tim Bishop.

Team Obama’s doubling down on a failed attack line speaks volumes about their lack of confidence in their own record.

And Americans know why Democrats don’t want to discuss that:

Obama promised hope and change, but the legacy of his domestic legislative and regulatory agenda is high unemployment, the worst economic recovery in
70 years, four years of trillion-dollar deficits and the most federal government spending since World War II.

Come January, Mitt Romney and Paul Ryan will put America back on the path to fiscal sanity and economic prosperity.

Senate Bill Makes It a Crime to ‘Annoy’ a Police Officer